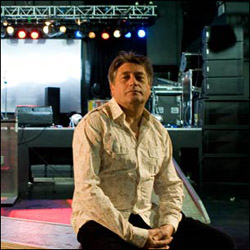 LONDON (CelebrityAccess MediaWire) — John Northcote, Chief Executive Officer and founder of the Academy Music Group died on Wednesday, August 10th after a prolonged illness. He was 62.

Northcote got his start in the entertainment industry with the Break For The Border Group in the early '90s, at the helm of the live music venue Border Line in London neighborhood of Charing Cross, where he booked artists such as Sheryl Crow, Blur and Lenny Kravitz.

By 1994, Northcote was making the front page of the London Times with the acquisition of Shepherd's Bush Empire to reopen as a live music venue, quickly followed by the purchase of London's world-famous Brixton Academy.

By 2000, Northcote had secured funding from investors such as SJM Concerts and Metropolis Music and eventually Live Nation/Gaiety to continue the Academy's expansion across the United Kingdom.

"John will be remembered by many as the man who reinvented the live venue circuit, music was his passion and the driving force in his life, right to the end."

"There are few people like John in this industry. His hands-on approach, his innovative thinking, his knowledge, his fun and laughter, his expertise and genuine affections for people and music is a tragic loss," said the Academy Music Group in a statement. – CelebrityAccess Staff Writers