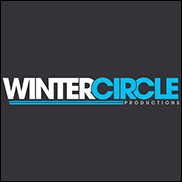 NEW ORLEANS (CelebrityAccess) — AEG Live announced that they have opened a regional office to serve the Gulf Coast with the with the acquisition of New Orleans-based event promoter Winter Circle Productions (WCP).

Founded in 2009 by Reeves Price and Dante DiPasquale, Winter Circle Productions has grown to a full-service concert and festival production and promotion company, producing about 100 events per year and known for creating the annual BUKU Music + Art Project, a two-day festival held in downtown New Orleans each March.

Under AEG Live’s umbrella, WCP will continue to book and produce concerts and events in its partner venues such as the 1,200 capacity Joy Theater and 500-900 scalable capacity Republic New Orleans, while seeking out additional festival and venue opportunities and leveraging AEG's global reach.

As part of the deal, AEG Live is also acquiring a portion of WCP’s interests in the two-day New Orleans music festival BUKU Music + Art Project, which WCP will continue to co-produce alongside Huka Entertainment. AEG's own festival producer Goldenvoice will also act as a strategic partner on BUKU.

Winter Circle Productions will continue to operate out of its office in New Orleans, while DiPasquale will split time between New Orleans and AEG’s office in New York. In addition to Price as VP Operations and DiPasquale as VP Talent, immediate additions to the AEG/WCP team include Addie Olsen as Administrative and Marketing Director (as well as Festival Director of BUKU) and Shelby Woolf as Marketing and Ticketing Manager.

“We are excited to be expanding our business activities in the Gulf Coast region through this new association with Winter Circle Productions and Dante and Reeves,” said Shawn Trell, Chief Operating Officer, AEG Live. “With our growing presence in the region’s music scene through our touring business as well as our partnership with the New Orleans Jazz and Heritage Festival, and Hangout Music Festival, it made perfect sense to further expand our regional booking presence while adding a home base for us in New Orleans.” – Staff Writers