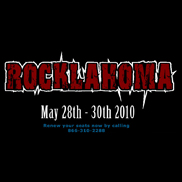 PRYOR, OK (CelebrityAccess MediaWire) — The producers of Rocklahoma announced today that they will be teaming with AEG Live, to revamp the rock festival in 2010. The management team that created the critically-acclaimed rock festival in Northeast Oklahoma in 2007 has brought on board one of the most respected festival producers and promoters to serve as executive consultants of the festival in a multi-year deal.

"In keeping with the vision that we set out to realize three years ago, we have learned that we need the strength of a major player in the live entertainment business behind us if we want to continue to grow Rocklahoma," said Mark Nuessle, President and Co-owner of the festival.

Nuessle added, "AEG Live brings an incredible amount of expertise and credibility to the table, and that is exactly what we must have to continue the process of making this festival one of the premier destination rock festivals in the U.S."

As part of the multi-faceted deal, AEG Live will focus specialized attention on reworking and further developing Rocklahoma in several key areas including talent booking, marketing, sponsorship, ticketing and festival operations. The entertainment company will work hand-in-hand with the current Rocklahoma management team to grow and expand the festival to new levels of attendance and acclaim in the coming years.

"We're really excited to be working closely with the entire Rocklahoma team to create an even more incredible festival for the rock fans in Oklahoma and surrounding areas. Mark and his partners have built something very special with this festival that more people need to see and experience," commented Joe Litvag, Senior Vice President of AEG Live.

The first major changes come with this announcement that Rocklahoma will be a three-day festival in 2010, and it is moving from its past mid-summer dates to May 28-30, 2010, Memorial Day Weekend.

"One of the first things that we discussed with our team and AEG Live was the idea of eliminating a fourth festival day in an attempt to create more depth-of-talent on each of the remaining three days. We want to expand the reach of our audience to a greater distance by giving the fans who will attend from other parts of the country an extra day to return home on the long Holiday weekend," commented Nuessle.

Litvag added, "Additionally, we felt that by moving Rocklahoma into May, the festival could capitalize on more suitable weather for the fans as well as deeper artist availability by not directly competing with the U.S. summer touring season and European festival season."

Announcements of the 2010 Rocklahoma line-up, on sale information, new VIP packages and additional festival upgrades and improvements will come later this fall. –by CelebrityAccess Staff Writers