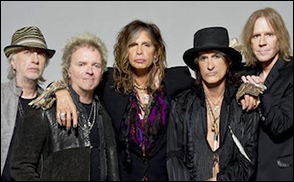 He made the revelation to Howard Stern on his SiriusXM satellite radio show on Tuesday.

"I love this band, I really do," Tyler told Stern, "and I want to squash every thought that anybody might have that the band`s over. We`re doing a farewell tour but it`s only because it`s time."

When Stern asked the singer to confirm the news about a farewell trek, Tyler replied "I think so, next year." Tyler said guitarist Joe Perry knows about the plans and, when questioned about the length of the tour, the rocker said, "Probably forever."

When Stern expressed concern over the concept by way of referencing how many times The Who have claimed to be on the road for a final tour – they`re in the middle of their latest 3-year farewell run now – they both laughed when Tyler replied: "How about KISS? They did 19 farewell tours."