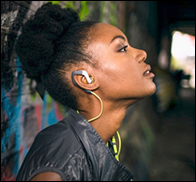 SEATTLE (Hypebot) – After departing from an industry trend and offering their unlimited streaming service for the low price of $7.99 per month, it looks as the payouts Amazon will need to subsidize its new service, at least for a while.

The major record labels are adamant about keeping the price of a music streaming subscription at $9.99 per month, regardless of the platform, so it was a great surprise last week when Amazon announced that its new Amazon Music Unlimited service was priced at $7.99 per month for Amazon Prime members. It turns out that the labels haven’t softened their pricing stance at all, as Music Business Worldwide reported that Amazon will actually end up subsidizing the other 2 bucks when all is said and done.

It turns out that Amazon is expected to be paying out from between $5.50 to $6 each month to record labels and artists for each $7.99 Prime subscriber, and an additional $1.50 a month to publishers and songwriters. When you figure in administration, marketing, staff and infrastructure costs, that means that most if not all of that monthly fee has pretty much been eaten up.

So what’s the company’s end game? Amazon might be pulling an Apple here, losing money on software in order to sell more hardware and make a much higher profit. While Echo and Dot seem to be hits and are the leading products in this new category, there very well may be more hardware devices from the company on the way. Using music streaming as a loss-leader to make it’s hardware more attractive has been tried by many companies though, particularly in the mobile space, and only Apple has been wildly successful with the strategy.

The price subsidy could also be another way to increase Prime memberships. While Amazon doesn’t publish the actual number of subscriptions, insiders have reported it to be around 60 million, and when you consider that each one is paying $99 a year for the privilege, you can see why anything that might increase that number could be valuable. Still, it seems like a stretch to think that the average music user will say to himself, “I really want to subscribe to this music service because of this great price. Let me pay just $99 more so I can buy in.”