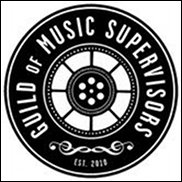 LOS ANGELES (CelebrityAccess MediaWire) — The Guild of Music Supervisors announced the nominees for their first annual awards brunch to be held on Sunday, February 13th.

The GMS Awards will have four categories, Television, Film, Movie Of The Week and Games.

The awards will be presented at the Magnolia Restaurant in downtown Los Angeles.

The Comet (founded by Tamara Allegra Conniff,) will be the Guild’s first Media Sponsor and is a new social platform featuring music, lifestyle, opinion and cultural content. As a destination for consumers as well as a trade for the entertainment industry, TheComet.com is a multi-author, curated community featuring music and entertainment news and interviews, exclusive content and insightful posts by the artists and high-profile dealmakers.

In making the announcement, The Guild of Music Supervisor’s President Maureen Crowe said, “The Guild is delighted to have The Comet as our media sponsor.  Tamara has long been a supporter of music supervisors and acknowledging their impact.  Her support and insight will be invaluable to the Guild.”

Steve Schnur, Founding Member of the Guild Of Music Supervisors, Worldwide Music Executive at EA and President of Artwerk Music Publishing commented, “Now more than ever, it’s essential to recognize the craft of music supervision as well as to establish standards of fairness and excellence for the entire industry.  As the entertainment industry evolves, the role of music supervision has grown and now includes additional responsibilities and importance.  The Guild’s mission to establish new standards of fairness and excellence is essential to the future roles of supervisors, studios and artists alike.”

Nominees for the Awards Brunch: