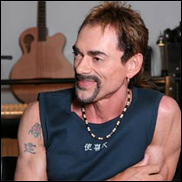 NASHVILLE, TN (CelebrityAccess MediaWire) — Andy Fraser, bass player and founding member of the influential rock group Free, will appear in a five-part BBC2 documentary series, “I’m in a Rock ‘N’ Roll Band, along with Sting, Roger Daltrey and Bon Jovi. The program is slated to begin airing on May 1.

Narrated by British music show anchor, Mark Radcliffe, “I’m in a Rock ‘N’ Roll Band examines some of the greatest bands in the history of rock ‘n’ roll from the perspective of the singers and musicians who were part of them. Highlighted bands include the Who, Free, the Doors, Bon Jovi, the Foo Fighters and others.


The series is scheduled to culminate in a live studio setting where fans will discuss their favorite musicians and create the "the ultimate fantasy band." Viewers will be able to cast a vote for their ultimate rock 'n' roll musician online.

Fraser states: “It was a real kick to be able to participate in this show. It is great to get the thoughts and humor of so many mutually respected musicians all talking about a rock band from the perspective of its individual members.”

Currently, Fraser is busy preparing for the release his next album, Andy Fraser…On Assignment, on the new, McTrax Music Delivery System, a streaming / delivery, download music / video service (subdivision of McTrax International). The first single and video from the project is “This is the Big One,” an anthem which focuses attention on the subject of global climate change. Fraser recently had one of his bass guitars go on display at the Rock and Roll Hall of Fame and Museum, while his daughter, Hannah, who appears as a mermaid in “This Is The Big One,” has face time in the recent Academy Award-winning documentary film, The Cove. –by CelebrityAccess Staff Writers