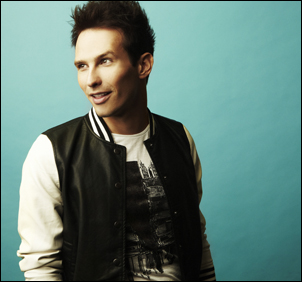 NEW YORK (CelebrityAccess MediaWire) — As the front man and guitarist for his previous band, White Tie

Affair, Chris made a name for himself on the road, honing his performance and

Tours across the country. As Chris embarks on his solo career he says he has a

few guidelines for his new material. “The songs I write and release now all have

to have three things that make up my ‘musical DNA’,” he states definitively.

“They all have to be honest – I have to feel them. Second, they have to have a

melody that moves me and third, they need to hit hard!” Chris is definitely true

to these convictions from the start to finish of his debut solo album.


The album’s first single, “Remember When (Push Rewind),” manages to embrace both

pop world melancholy and a heavy beat, as Chris brings his vocal pyrotechnics to

the forefront of what is sure to be his biggest hit to date. With over 50 Top

40 stations coming on board in only its first three weeks of release, the single


In talking about the track, Chris explains, “I was dating this girl when I was

in my band who I really thought was the one. But as my musical career started

taking off, it became clear that we were in different places, (“As my future got

bright, we started losing light.”), and we eventually broke up. “‘Remember When’

talks about that time when all you really want to do is go back, push rewind,

and start all over again.”


While Chris may be able to express his feelings in his music today, it wasn’t

always easy for him. Growing up a bashful teenager in the small, tight-knit town

of Hebron, Indiana, Chris didn’t always have places to channel his emotions.

girlfriends pregnant at 18, 19, got married, and settled in for the long haul.

business. So, when I said I wanted to play music and do something different, it

was much easier for people to put me down rather than be encouraging.”


As a teen, Chris had bigger dreams. To channel his frustrations he began playing

lead guitar in local bar bands before he eventually put together his own band,

Quad Four. After that, there was no turning back. He added the role of lead

vocalist soon after, explaining the transition by saying, “Once I got my first

taste of being a front man I couldn’t go back to just playing guitar. I mean, it

was actually a way to get paid for singing loud!”


That loud and explosive voice worked to Chris’ advantage, yet again, when he

posted a song on MySpace. And that one song was all it took. The track, “Allow

Me To Introduce Myself…Mr. Right,” caught the ear of a New York record scout and

Chris was signed to Epic Records, officially getting him out of Hebron and onto


Chris’ band released their debut album, Walk This Way, and, over the next two

years, he gained the reputation as one of the most explosive front men on Top 40

radio to back up the Top 20 Hit – “Candle (Sick and Tired)” that he had written.

Within the band’s first year on the road, they were asked to perform with

Lauper’s True Colors Tour – playing alongside some of their childhood idols.

However, it was on Lady Gaga’s Fame Ball Tour that Chris learned a valuable

lesson that seemed expressed his own, personal philosophy on how he wanted to

make it big in the music business. “I was talking to Lady Gaga backstage and we

overheard Guns-N-Roses warming up. Now, here I am with Lady Gaga, a woman who’s

already had three number one songs at the time, and we run behind a curtain,

giggling like school kids, to watch Axl Rose rehearsing. After awhile she looks

over and says to me, ‘That’s the secret to being a successful pop star. You

have to be bigger than your songs.’ I totally got it!”

on the map, the ubiquitous Top 20 smash, “Candle (Sick and Tired).” That song

made its way into the public consciousness as an MTV, TRL staple and by its

ever-present inclusion in the essential teen show of its day, “The Hills.” Add

in heavy radio play and sold out shows across the country, and it looked like

Chris’ childhood fantasies of hitting it big were finally coming true. But, he

soon experienced that oft-told tale of the downsides to success, especially when

it comes so fast.


“My whole life totally changed overnight, but not in the way I thought it would.

While I was finally getting the recognition I always dreamed of, for doing what

I always wanted to do, the record company stepped in. They wanted us to write

business instead of letting us make our own music. My gut has never been wrong

about that. It wasn’t who I was. Right then, I realized that I didn’t want to be

part of a big machine; I wanted to BE the machine. I guess I had some blind

optimism that told me I could do it on my own terms.”


Doing it on his own terms meant trusting his instincts and now, with his

trademarked excitement and optimism. Chris was determined to do things his way

Chelle Rae, Good Charlotte). Together they have created a blend of pop, dance,

rock, and electronic influences that “hit hard” and remain true to Chris’

car.”
(There’s that car again!) “Then I usually go into the studio and fool around

with it on the guitar or a piano. My true test is whether what I wind up with

has that same feeling that sparked the song originally. If not, I just keep

working on it until it’s right.”


Chris wrote the majority of his debut album at Village Studios in Los Angeles,

where he seemed to gain more and more inspiration every day. “My studio was on

wall on my way upstairs. There was one day where I walked in and I heard Weezer

then I high-fived John Mayer as he walks past me! There’s something so

completely magical in those walls.”

all about. “I’ll Be There” is my reminder that, when life gets crazy and

everything seems to be going wrong, I have to remember to take a look around. At

any given time there are so many people surrounding you who are willing to help.

Chris Wallace brings to the musical table. From the anthemic choruses of

“Remember When (Push Rewind),” and “Keep Me Crazy,” to the Bill Withers’

throwback style of “Don’t Mind If I Do,” to the ‘I’m-taking-back-my-heart-from-


Chris sums up his drive and determination to succeed in simple terms. “People

may say I’m shooting for the stars, but at least I’m gonna shoot big. In my

heart, I’m always going to be that guy in my car, singing my lungs out, trying

to be heard over the radio.”