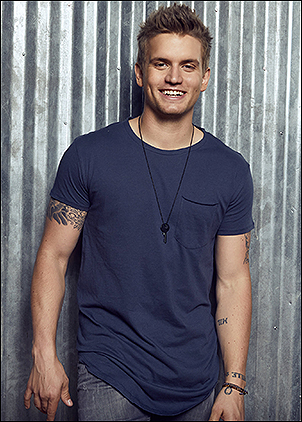 (CelebrityAccess) – Breakout artist/songwriter Levi Hummon transcends convention forging an impressive musical path that is gaining critical attention as he garners accolades and fans around the globe.

Hummon released a new song, “Stupid,” which is about seizing opportunities and not thinking about the consequences (see it here), premiered with Just Jared and the song is developing an enthusiastic following on Spotify’s Hot Country, Wild Country, and New Boots, which is remarkable for an act following his dreams on his own terms. Especially since his previous release, “Don’t Waste The Night,” is still featured on Wild Country and New Boots.

Recently, the consequences seem to be falling in Hummon’s favor including being named “One to Watch” by Rolling Stone Country, making his striking debut on the Grand Ole Opry, and performing as part of the sold-out CMA Songwriters Series in the U.K. in October.

A fourth-generation progeny from the house of Hummon, he grew up surrounded by music greats including his father, Grammy-Award winning songwriter Marcus Hummon. Raised in Nashville, Hummon had distinctive ideas and concepts that developed from a deeply personal, reflective place. Performing them himself was a natural part of the evolution of his career as an artist.

“You’re letting someone into your world which is really vulnerable,” Hummon says. “I couldn’t see anyone else singing these songs because they reflect my life.”

Grounded in the community, Hummon has worked with notable songwriters including Jimmy Robbins, Shane McAnally, Andrew Dorff, Josh Osborne, Chris DeStefano, Brandy Clark, Tom Douglas and Ashley Gorley, among many others. Hummon also wrote with legendary entertainer Steven Tyler on the rocker’s single “Red, White and You,” which hit No. 1 in Italy.

He is a nimble writer who can easily traverse the span between commercial appeal and artistic integrity, but he is an equally gifted performer with an eagerness that is addictive and an on-stage bravado that belies his age. He has toured with the likes of Kip Moore, Kelsea Ballerini, Cam, Billy Currington, Brantley Gilbert, Hunter Hayes, Sam Hunt, Maddie & Tae, Michael Ray, and is currently on tour with Eli Young Band.