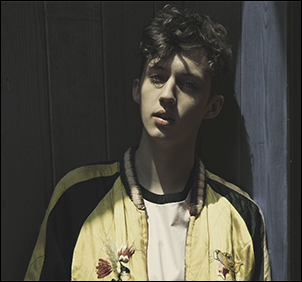 MELBOURNE, Australia (CelebrityAccess) — Frontier Touring confirmed a massive tour for Australia’s Troye Sivan, performing across Australia and New Zealand this July and August. Having only previously played headline shows in Sydney and Perth, this tour marks Troye’s first headline performances in most Australian cities and debut performances in New Zealand. Taking to the stages in Australia as support to Troye will be solo electro pop singer and producer Nicole Millar.


Over the past two years, Troye Sivan has cemented himself as an international star. From his beginnings in suburban Perth, Sivan quickly evolved into one of the most celebrated YouTubers, where his channel has gathered four million subscribers and over 241 million views. Following the announcement of Troye’s iTunes chart topping release TRXYE (2014), pre-orders rocketed the EP to #1 in 66 countries.


Following suit, the announcement of Sivan’s WILD mini-album in August 2014 sent the record to the top of the charts on pre-orders alone in 56 countries including Australia, USA and the UK. Upon its anticipated release, WILD topped the ARIA Album Chart and peaked at #5 in both the USA and UK.


So far, 2016 has been a whirlwind for the young artist. In just a few short months, Sivan has taken home awards from the YouTube Music Awards, Nickelodeon Kids’ Choice Awards, EMA and just last week scooped up the gong for Outstanding Music Artists at the GLAAD Media Awards. Troye also graced the cover of Rolling Stone Magazine Australia.


Troye Sivan’s message of self-love and acceptance is found in the lyrics of his songs, interviews and self-produced YouTube videos. Making his live television debut last December performing ‘YOUTH’ on The Tonight Show with Jimmy Fallon, Sivan has since taken to the stage to perform ‘YOUTH’ on The Ellen Show, while more recently making his acting debut in a hilarious skit on James Cordon’s The Late Show. In the same episode Sivan sat down with James Cordon for what was his first ever interview on a talk show.


The Blue Neighbourhood World Tour kicked off in Canada in February before weaving its way across the United States throughout March.