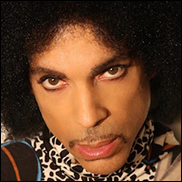 MINNEAPOLIS (CelebrityAccess) — The artist known as Prince, who pioneered the "Minneapolis sound" and who was a vocal proponent for his creative rights, died on Thursday. He was 57.

"It is with profound sadness that I am confirming that the legendary, iconic performer, Prince Rogers Nelson, has died at his Paisley Park residence this morning at the age of 57," said his publicist Yvette Noel-Schure.

According to the Washington Post, the Carver County’s Sheriff’s Office said the musician was “found dead at Paisley Park Studios” and that they were investigating the circumstances of his death.

Prince cancelled a pair of shows in Atlanta earlier this month after coming down with flu-like symptoms, but managed to take the stage a few days later to perform. Following that show, Prince's plane was forced to make an emergency landing last week while the singer sought medical care, but was quickly released and was resting at home, his publicist told multiple news outlets.

Over the course of his long career, Prince sold more than 100 million albums, with 5 #1 singles, and 14 top ten hits. He won seven Grammy Awards, and earned 30 nominations, as well as an Oscar for his song score for the classic film Purple Rain. He was inducted into the Rock & Roll Hall of Fame in 2004.

The eccentric and eclectic singer, songwriter, multi-instrumentalist Prince, born Prince Rogers Nelson, was a native of Minneapolis and after taking to music at an early age, released his debut album "For You" in 1977 but it was his eponymously named follow-up album helped to vault him into national fame.

His early albums, recorded with his band Revolution, helped to realize the fusion of pop, R&B, soul, fun and hip-hop that became the 'Minneapolis Sound.' Purple Rain, recorded in 1984, became one of the seminal releases of the decade, selling more than 13 million copies, with a string of hit singles such as "Purple Rain" and "When Doves Cry."

As news of Prince's death spread, industry figures paid their respects to the fallen pop icon.

"Prince was peerless as a musician, performer and songwriter. He was clearly one of the all-time greats, always mesmerizing, magical and cutting edge. He was one-of-a-kind in every respect. To know Prince personally was to know someone kind and gentle, phenomenally brilliant and intellectually curious, with every bone in his body loving music. The world of music has tragically lost one of its greatest defining members," – Clive Davis.

"Prince was a revolutionary and an iconic artist. He boldly transcended every conceivable boundary of genre and expectation to make music that uniquely was his own and ranks among the greatest of his generation — or any other. This is a tremendous loss for lovers of music everywhere. The Sony Music family joins the world in mourning his passing," – Sony Music.

"I'm deeply saddened that we have lost one of our generation's most special artists. Over the past 24 years, I have been honored to work with Prince in a number of roles and I can say without question that he was the most brilliantly gifted musician, performer, songwriter and producer. The level of perfectionism and meticulousness that he brought to each of his many disciplines was unlike anything I have ever seen — and I doubt very much that I will ever see again. He will be deeply missed by fans and artists alike," – Michael Anthony, EVP Universal Music.

“Never one to conform, he redefined and forever changed our musical landscape,” Portnow said in a statement. “Prince was an original who influenced so many, and his legacy will live on forever. We have lost a true innovator and our sincerest condolences go out to his family, friends, collaborators, and all who have been impacted by his incredible work,” – Recording Academy President Neil Portnow.

“Today we lost one of music’s most talented, creative, innovative and iconic artists. Regardless of what stage he was on, Prince’s instincts were always right on the money. He was one of the most visionary live musicians we have ever had the honor of producing and promoting and will be greatly missed by us, his fans and our entire industry.” – Concerts West's John Meglen.