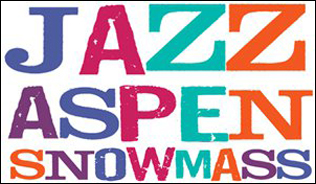 ASPEN, CO (CelebrityAccess MediaWire) — Jazz Aspen Snowmass' will stay loyal to fans as its shows will go on, with no visible changes in its festival presentations. But the curtains are closing two longtime key employees.

Marc Breslin, executive vice president of sales and marketing, and Joe Lang, executive director, have parted from Jazz Aspen in a cost-cutting move designed to stabilize the finances of the 20-year-old nonprofit organization, Jazz Aspen announced Wednesday afternoon in a press release. Both Breslin and Lang had worked for Jazz Aspen for more than a decade.

“This is driven by the economy, the economy, the economy,” Jim Horowitz, Jazz Aspen's president and CEO, said in an interview, according to the Aspen Times. Horowitz added that Breslin and Lang will not be replaced, as Jazz Aspen's staff has been reduced from six to four. “It's not, ‘Hey, can we find better, cheaper people?'” Horowitz will work for no compensation “during the transition to a more stable entity,” he said. (His 2009 compensation was $225,000, according to a public tax report).

Horowitz said that while there were reductions to the staff, there will be no corresponding cuts in programming to Jazz Aspen's three primary programs: the June Festival, the Labor Day Festival, and the series of club performances at The Little Nell. He said that Jazz Aspen will pursue the same level of acts that have been presented at past events, according to the Aspen Times.

Horowitz acknowledged that the company and its shows will thrive, but just need to be leaner.

Jazz Aspen will also stop producing the Sonoma Jazz+ Festival in California. Jazz Aspen had helped found the festival and was instrumental in producing it.

The push for consolidation stems from the lack of a title sponsor, a role which for years had been filled by Janus Funds, and then by Calamos Investments.

For three years, since the economic downturn in 2008, Jazz Aspen has been without a title sponsor.

“You're talking about a major safety net that just disappeared,” Horowitz said. He referred to title sponsorship as “a significant six-figure cash commitment,” according to the Aspen Times.

Attendance at Jazz Aspen events has not been the source of the economic problems. Horowitz noted that ticket sales for this past summer season's June Festival, featuring Sheryl Crow and Jennifer Hudson, and the Labor Day Festival, with appearances by Steely Dan and the Zac Brown Band, were strong.

Another cause for decreasing Jazz Aspen is that producing costs remain high, including artist's fees, despite the recession.

“AEG Live is a great believer in the JAS festivals,” Tom Miserendino, CEO of AEG Live, said. “We have a significant long-term financial commitment to the organization and the event.”

Since Horowitz founded Jazz Aspen in 1991, with a single, small-scale festival dominated by jazz performances, the venture has grown to encompass two major festivals, with total attendance in some years approaching 50,000; which has presented Neil Young, Black Eyed Peas, Tony Bennett and the Allman Brothers Band.

“Part of the reason for these moves is to create somewhat of a fresh start, a reset that is consistent with the current economy,” he said, according to the Aspen Times.