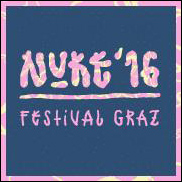 GRAZ, Austria (CelebrityAccess) — Organizers of the Austrian rock festival Nuke have announced just days ahead of the event's start that they were pulling the plug on the event for 2016.

Organizers for the event were a little vague about their reasons for the last minute cancellation, stating in a post on the event's website that they were unable to overcome production challenges and they did not feel they were going to be able to deliver the quality of event they had hoped for.

2016 would have marked the second year for the festival. At press time, it is unclear if they will attempt to resurrect the show for 2017. – Staff Writers