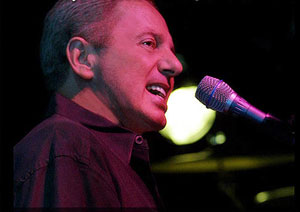 OCEAN CITY, NJ (CelebrityAccess MediaWire) -– A police investigation is underway to determine what happened to money raised at a July 2 charity concert to raise money for cystic fibrosis. The performer, advertised and announced as “Bill Deal, formerly of the Rhondels,” sang three of the groups’ hit songs. Interestingly enough, Bill Deal of the Rhondels is dead.

The singer, born William E. Deal of New Jersey, has performed as Bill Deal in the Philadelphia and New Jersey area for years under that name.

"I had nothing to do with that," Deal told The Virginian-Pilot concerning any connection with the Rhondels. "I never told them to put that in there. People just assumed that was me." In fact the 1990 release of Bill Deal and the Rhondels greatest hits package included a picture of the wrong Deal!

The police are restricting their investigation to what happened to the money raised. “I’m not worried about Bill Deal and who he says he is,” said Detective Lt. William Wilent of the Ocean City Police Department. “I am worried about him collecting a lot of money he says is for a charity.”

After so much hassle, Deal told the Virginian-Pilot, "I'm thinking about changing my name after all this. For the record, I'm not singing any more oldies songs." This Deal is done. -–by CelebrityAccess Staff Writers