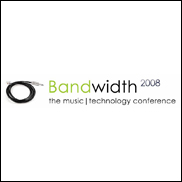 SAN FRANCISCO (Hypebot) –
The Bandwidth Conference announced that Jonathan Poneman, co-founder of indie Sub Pop, will be a featured speaker at the conference to be held in San Francisco August 14-15. Poneman has been influential in the success of Nirvana, The Shins, The Postal Service, Soundgarden and others.

the artist as a brand and the trends and future outlook for 360 deals; "If It's Too Loud" which will take a look at marketing to the mature demographic in the digital age, and "Masters Of Their Domain" which looks at the possibilities, realities and future for established artists who bypass labels and create a central hub for their music, touring, and fans.

he early registration deadline for the $275 pass to the Bandwidth Conference ends May 31st.