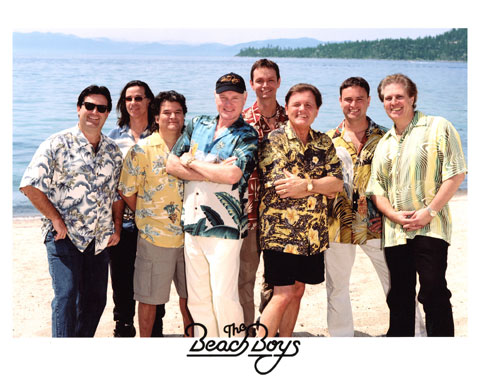 On April 11, 2003, a charity fundraiser auction will be held at the Siena Hotel in Reno, NV. The highest bidder will be the recipient of his or her very own private Beach Boys’ concert.

The Beach Boys have donated one live show to the 6th annual fundraiser auction for The Lake Tahoe School in Nevada. The auction will be held at the Siena Hotel in Reno, NV on April 11. The highest bidder will be the recipient of his or her very own private Beach Boys’ concert. The school has long benefited from the efforts of The Love Foundation, the charitable organization established by founding Beach Boy Mike Love to support national environmental and educational initiatives. Mike Love has also served as a member of the board of directors for The Lake Tahoe School.

The concert will be awarded to the highest bid once the minimum is met. Anyone wishing to bid must be present at the April 11 auction or have a representative present. The winning bidder will be responsible for production costs and ground transportation for the band. The bidding is open to both talent buyers and fans and is a tremendous opportunity to be a part of the endless summer that is a Beach Boys’ live performance. The concert will be performed within one year of auction pending The Beach Boys’ tour schedule and availabilities.

For more information and qualification guidelines contact Kay Downey with The Lake Tahoe School at 775.831.3343 or The Beach Boys’ booking agent Terry Rhodes at ICM, 212.556.5600.