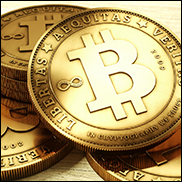 (Hypebot) – The music business scholar and entrepreneur George Howard laid out the basics of what Bitcoin Blockchain is and how it could save the music industry. Today, in Part Two of this must read series he looks at the obstacles.


Here’s a strawman that I believe fairly strongly: Bitcoin can’t save the music industry because, the music industry will resist the transparency it might bring. My recent post – The Bitcoin Blockchain Just Might Save The Music Industry…If Only We Could Understand It – discussed how Bitcoin could potentially prove to be an effective tool for tracking the rights and transactions surrounding musical intellectual property. However, in my quixotic rush towards some form of musical utopia in which every transaction can be tracked and the appropriate rights holders compensated, I lost track of the very thing that nearly always frustrates this type of progress.


Fortunately for me, an astute reader pointed out this omission via Twitter:

I’ve spoken to the author of this tweet, Aston Motes – the first hire at Dropbox and now an advisor to many music related startups and entrepreneur in the music space – a few times over the years, and was unsurprised, given his experience and background, that he made such a spot-on comment.


His comment tracks directly with something I’ve talked and written about over the years. Bluntly: the parties who benefit most from the lack of transparency are the ones who will resist anything that ends the lack transparency.


Of course, the parties who benefit the most from lack of transparency in the music industry are the labels, publishers, and streaming services. The record industry was built upon a firmament of information asymmetry – that is, the labels/publishers have more knowledge than those signing the contracts. Given this, they are able to exploit this information imbalance to their benefit. At the extreme end, this meant blatantly lying to artists who were under-educated, under-represented, under-experienced (or all of the above) to strip them – often, forever – of their rights. At a slightly more benign level, these labels and others create agreements and “reporting” so byzantine in nature that only the most experienced (and expensive) lawyers can parse them, which forces many artists who don’t have the resources for such representation to accept the deals/reports prima facie.


Yesterday I Skyped with Mr. Motes, and he elaborated on his tweet, “Even indie labels – it’s not clear that they’d be willing to disclose who makes what, and what people sell. The whole industry is driven on smoke and mirrors.”


He continued down a path that I’ve been harping on for what seems like forever: the idea that these services could provide more than just economic value – but he tied this to Crypto Currency.


“Why doesn’t Spotify give fans or artists more access to the raw numbers, etc.?” Mr. Motes questioned before adding, “Crypto currencies could play a role here because they’re decentralized, but even centralized companies like Spotify could show more; they could expose actual plays by user, or disclose to artists what songs were listened to, or be transparent about how much money is going to the artist. All of this is interesting information that the majors or any label don’t want out there.”


Mr. Motes added: “from a technology perspective nothing is stopping [labels or streaming services] from building these types of transparent reports. The streaming services fear the same things the record labels fear: If you let people know how complicated these deals are and how the money is split up it compromises the nice shiny facade Spotify has put up. Showing what’s behind this will make them look bad.”


If you doubt that labels or publishers have benefited from a lack of transparency, it’s instructive to look at how the fast-growing publishing company Kobalt distinguishes themselves from the other, more established/older publishers. The first lines of their About page state:

"We create technology solutions for a more transparent, efficient and empowering future for rights owners, where artists, songwriters, publishers and labels can trust they will be paid fairly and accurately, regardless of how complex the digital world becomes."


If Kobalt has been able to gain market traction based on the competitive advantage of transparency, what does that say about the industry at large?


Certainly, the artists are not blameless in not demanding less obtuse agreements/reporting, but they simply don’t have the leverage to do so, and – being artists – their impulse to create/the potential for their creations to be heard will outweigh virtually any other consideration.


Therefore, while my thoughts with respect to Bitcoin providing transparency may or may not be accurate (I stand by the fact that it could greatly help, but absent better education holds little chance), there is little to no incentive for those who benefit from lack of transparency to adopt Bitcoin or any other technology that would force them to make less advantageous deals, or render more accurate reporting that would negatively impact their bottom line.


So where does this leave us?


Eventually, the incumbents will face the same fates that befall all companies who myopically focus on their existing customers/business models while blithely ignoring the changing needs of the market – essentially, they face The Innovator’s Dilemma. Perhaps the disruption will come from new models that, as Mr. Motes suggests, charge varying amounts for people with different consumption patterns, which would increase the number of frequent micro-transactions.


However, Mr. Motes noted that while crypto currencies could play a large role in this scenario, Bitcoin will likely not be the crypto currency utilized. According to Mr. Motes Bitcoin doesn’t have the transaction speed to handle the number of transactions necessary to keep track of the rights. This limitation is echoed by Mike Hearn, formerly of Google GOOGL -0.76% and a Bitcoin Core developer, who states that Bitcoin is limited to about 7 transactions per second.


What both of these issues – Bitcoin’s limitations around transaction numbers and the labels resistance towards a system with increased transparency – really imply is that we’re on the cusp of change. That is, rather than there being a vague underlying elusive un-diagnosable ailment that is plaguing the industry, we’re moving towards identifying the root causes of the issues, which often can lead to a cure.