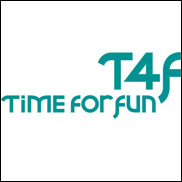 São Paulo, Brazil (CelebrityAccess MediaWire) — T4F Entretenimento SA downward plunge from the world’s most expensive concert promoter to the least has analysts predicting a rebound, according to Bloomberg news.

Time 4 Fun is rated by six analysts who all are calling T4F a “buy” with their high ratings, seen from data accumulated by Bloomberg since the middle of November.

Headquartered in Brazil, Time 4 Fun traded at 10.8 times estimated 2013 earnings as of Dec. 21, the cheapest among global peers such as Germany’s DEAG Deutsche Entertainment AG and South Korea’s SM Entertainment Co. Based on 2012 profit, the stock had the industry’s highest ratio at 43, according to Bloomberg.

Time 4 Fun fell 58% after the promoter lost out on ticket revenue due to poor sales starting the beginning of September of this year. Contributing to this was weak ticket sales for big headliners such as Madonna and Lady Gaga forcing ticket discounts. According to Bruno Piacentini, a partner at Fama Investimentos Brazil is an emerging market and demand for live events will return. (Bloomberg)

“It’s definitely worth more,” Piacentini, who helps manage 1.3 billion reais ($625 million) at the Sao Paulo-based fund, said in a telephone interview. “The market move was due to one-time events rather than the company losing value.” –by CelebrityAccess Staff Writers