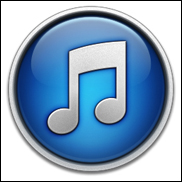 SAN FRANCISCO (Hypebot) – When I first installed iTunes 11, I felt a sense of panic. Most iTunes upgrades, these past few years, haven’t changed much of anything, which is one reason some people have been so critical of the program — once the crucial center of Apple’s world-beating “digital hub” strategy. even tried to downgrade. My computer didn’t allow it, so I began to explore this strange new world.

ITunes has never been everyone’s favorite media player, but many of us simply don’t have any choice due to iDevice-syncing needs, or just plain fear of switching. iTunes 11 was supposed to have launched last month, but was pushed back because Apple “wanted to take a little extra time to get it right.” After playing around with it, we assembled a list of what Apple got right and what it maybe could have done a little better.

1. Cleaner Look: This is perhaps the biggest iTunes redesign since Apple made it out of SoundJam remnants over a decade ago; it even comes with a shiny new icon. Apple calls this new interface “edge to edge,” and seems to have taken several design cues from iOS, including switching the font to Helvetica. The sidebar is gone, and all of the links to movies, TV shows, and sharing now live in a single drop-down menu. Also removed is the status bar, which let you know how many songs were in a playlist or how many days worth of music you had in your library.

Apple’s new design ditches menus and clutter to emphasize what’s in your music library, rather than just listing it for you to wade through. The new look takes some getting used to, but it’s a refreshing change of pace from the stale iTunes we used to know.

2. Mini Player: The mini player in the old iTunes was never a killer feature. Now, Apple wants you to pay more attention to it, so you can use it to play tunes without iTunes taking over your screen. Apple has crammed a lot of functionality into this diminutive playback window. At first, it seems to show only the title and artist, but when you hover your mouse over it, the options multiply, revealing playback controls, album art, and a nifty shortcut to your AirPlay settings, plus a nifty search box that lets you add tracks to your play queue, which is called Up Next.

3. Up Next: One of our biggest complaints about iTunes 10 and earlier was that you couldn’t queue up songs without making a playlist. iTunes DJ sort of did this, but not too well, and it has disappeared in iTunes 11. The Up Next feature is accessible from a small playlist icon, making it easy to see and organize what songs iTunes will play next. You can rearrange the order, or even click to check which songs you’ve played before. If you try to replace the queue with a new song, iTunes warns you that Up Next is about to be deleted, which is nice.

4. iTunes Store: Since the menu bar has been dissected and relocated, the iTunes Store button is now at the top right. The store did not receive quite the facelift that was applied to the rest of the program, but it is more polished. The menu on the right of screen stayed put, but the layout looks simpler and more “tidied up.”

5. iCloud: If you use multiple Apple products, you should probably be using iCloud. With its latest update, iTunes has made the experience more seamless between devices. If you make a purchase in the store on your iPad, for example, it’s immediately playable on your iTunes library at home, eliminating unnecessary syncing. iCloud also remembers where you left off if you pause a show or movie on one device and resume on another.

1. Inconsistent Design Choices: Apple made some big changes to bring desktop iTunes closer in appearance and functionality to its iOS counterpart, and indeed, it looks like it might be more at home on a tablet than on a computer. In some cases, it has taken multiple approaches to design. For example, clicking the black arrow next to a song brings up an iOS-like bubble that lets you add songs to Up Next, when right-clicking the same song brings up a differently-styled menu with many of the same options. Why not make these the same?

2. . Goodbye Ping, We hardly knew ye. Apple dumped its social media and music recommendation service Ping in September, and all traces of it have been removed from iTunes. That’s not the bad part. Instead, iTunes 11 has focused on Facebook and Twitter integration — the bare minimum for social media sharing. There are already many better ways to share music than that. Apple needs to make a more serious attempt at social music if they really expect us to use it to share music in any sort of real, consistent way.

3. . Fewer Sorting Options: Oddly, many of the sorting options for sifting through your music have disappeared, or at least moved. Viewing your music by album, genre, or artist gives you no way to sort your music other than how it appears right off the bat. If you want to sort your music by any category, other than alphabetically, you’ll need to use song view. I happen to prefer to browse albums chronologically, so I am out of luck.

Apple also removed Cover Flow, the flashy interface used to flip through your music and the best reason to download album art. Once a distinct part of the Apple “look,” it has been replaced by the new album view which expands albums to show their contents. As one of the best eye-candy features of iTunes, they could have at least hidden the option somewhere rather than eliminate it altogether.

4. . Still No Subscription: From the new “In the Store” suggestions, redesigned store layout, and preview history feature, it’s clear that Apple wants to keep people’s interest in the iTunes Music Store. But between Spotify, Rdio, and all the other music apps out there, many of us aren’t quite seeing the point of purchasing music anymore. No matter how much Apple streamlines the process of finding and buying individual songs, for me, it’s still never going to beat free (or freemium). If I want to listen to a song that I don’t have in my library, the best iTunes can do for me is a 90-second preview. I find myself hopping over to YouTube, Spotify, or Grooveshark instead.

5. . One App for All Media: iTunes tries to do too much. Not only is it supposed to play and organize all your music, but also your TV shows and movies, while also managing your iOS devices and acting as a digital storefront for everything from albums to apps to eBooks. All of this stuff adds up to software bloat, even on fast machines. This new version might be slightly snappier than previous ones, as some have noted, but it’s still a resource hog, especially on Windows. Since Apple is unlikely to ever cut features from iTunes, it probably will never be the turbo media hub we dream about.