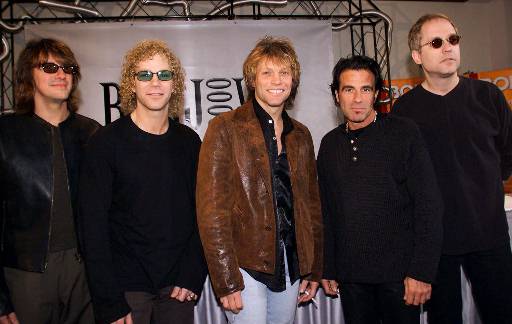 Bon Jovi will headline Tiger Jam VI Presented by Coca-Cola, and hosted by Tiger Woods on April 19, at Mandalay Bay Events Center, Las Vegas, NV. The annual benefit concert raises and distributes funds for the Tiger Woods Foundation and children's charities based in Las Vegas and Los Angeles. The Goo Goo Dolls are also on the bill.

"Tiger Jam has had outstanding talent every year, and we've continued that tradition with Bon Jovi," Tiger Woods said. "I grew up listening to Bon Jovi, and I'm really looking forward to seeing them live. It means a lot to me that Jon and the guys have joined in my efforts to support today's youth through Tiger Jam."

"We're very excited," Jon Bon Jovi said. "It's a thrill to be helping Tiger fulfill his dreams of fulfilling the dreams of others."

Proceeds from Tiger Jam VI will be used to support the many programs funded throughout the year by the Tiger Woods Foundation. Charities that received funding from Tiger Jam V include Child Haven, Center for Independent Living, Greater Las Vegas Inner City Games, Boys &Girls Club of Las Vegas, UNLV Women's Athletics, GRAMMY in the Schools and The VH1 Save the Music Foundation.

Established in 1996 by Tiger Woods and his father Earl, the Tiger Woods Foundation empowers young people to reach their highest potential by initiating and supporting community-based programs that promote the health, education and welfare of all of America's children.