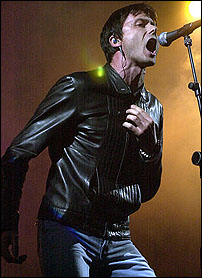 (CelebrityAccess MediaWire — Brett Anderson and Bernard Butler, both former members of Suede, which broke up a decade ago, have regrouped in a new band The Tears, which also includes drummer Mako Sakamoto and bassist Nathan Fisher. They plan to play their first live shows before the end of the year with their debut album due next spring.

"It seemed like the time was right," Anderson told NME.com. "I didn’t finish with Suede in order to give Bernard a call. It had to happen naturally, the band had to come to its natural termination. I felt that I’d written my best songs with Bernard."

"There’s only one purpose of doing (the new album), and that’s to make a great record," said Bernard. "There’s no social ambitions, we don’t go bowling together!"

"The first thing we said when we got together was that we won’t release a note of music unless the album’s spectacular," added Anderson. "That’s the most important thing about it. We could have written for three years, and if the songs hadn’t been any good, we wouldn’t have bothered getting to this stage with it."

"There’s a lot of people out there who are worried about us getting back together and tarnishing what we’ve done before. Then there’s that whole issue of ‘When they get back together are they going to live up to what they’ve done in the past?’ We don’t want that to be an issue so it has to be spectacular." –Bob Grossweiner and Jane Cohen