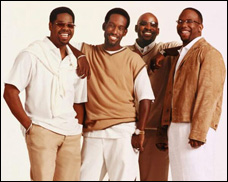 BROWNSVILLE, TX (CelebrityAccess MediaWire) — The City of Brownsville says they got duped out of $9,562 for a 4th of July Boyz II Men concert that never took place.

According to the Brownsville Herard, city officials said they had signed a contract with Hiro J. Hariram who allegedly claimed to represent Grabow Booking Agency to bring Boyz II Men to town for a show on July 4th, however town officials learned several days before the concert that the band was actually playing a gig in Dublin, Ohio on the 4th.

Hiriram refuted the allegation that he represented himself as affiliated with Grabow, noting to the Herald via email that "I nor my company ever represented ourselves in any way as working for and or dealing 'directly' with Grabow."

Hiraram was subsequently arrested and charged with felony theft and released after posting a $50,000 dollar bond.