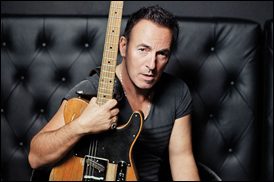 LOS ANGELES (VIP-NEWS) — Bruce Springsteen has wrapped his 2014 High Hopes tour that included performances in 25 cities worldwide during a four-month span. Ticket sales totaling $14.3 million from the final nine markets give the legendary rocker this week’s No. 1 Hot Tours ranking. The final date was a two-night engagement at Mohegan Sun Arena in Uncasville, Conn. with sellout crowds for both shows. The performances on May 17 and 18 produced a sold ticket count of 15,716.

The tour was in support of Springsteen’s latest album "High Hopes," released just days prior to the late January tour opener in Cape Town, South Africa. The launch, a three-show arena engagement on Jan. 26, 28 and 29, was followed by a sold-out concert at FNB Stadium in Johannesburg on Feb. 1. After South Africa, the tour made a seven-city sweep through Australia and New Zealand during February and early March, playing four arenas and two stadiums as well as an outdoor concert at Hope Estate Winery. The final trek through North America began on April 6 with a festival appearance in Dallas that kicked off a swing through 15 more cities. Although primarily an arena tour, the High Hopes outing included four outdoor amphitheaters during its North American trek as well as one stadium. That performance occurred on May 14 in Hershey, Pa. with a crowd of 28,398 in attendance at Hersheypark Stadium. The final box office gross from the High Hopes tour totaled $64.9 million from 554,032 sold seats at 32 shows.

The High Hopes tour came on the heels of the 18-month touring effort following the release of "Wrecking Ball" in March 2012. That tour began in March 2012 and wrapped last September. Combining the numbers from both tours, Springsteen’s overall gross during the past two years and two months on the road is $411.9 million from 157 concerts. More than 4 million fans saw the iconic rock star during that time period.

Guns N’ Roses follows in the second slot on the weekly tally of Hot Tours based on ticket sales reported from a four-week spring trek through South American markets. The veteran hard rock band performed in 12 cities in Argentina, Bolivia, Brazil and Paraguay, grossing $13.6 million from 153,846 sold seats. The jaunt through South America, promoted by Mercury Concerts, began on March 28 in São Paulo, Brazil and wrapped on April 12 in Bolivia. More recently, the group kicked off a string of concerts in Las Vegas on May 21 at The Joint in the Hard Rock Hotel & Casino. Shows will continue at the 4,000-seat entertainment venue on select nights through June 7.

Canadian singer Michael Bublé scores the No. 3 ranking with a $2.2 million gross from two concerts in Brisbane during his To Be Loved tour’s six-city swing through Australia and New Zealand. With shows on May 12 and 13 at the Brisbane Entertainment Centre, attendance for both sold-out performances totaled 17,871. The tour began last summer with a 10-show engagement at London’s O2 Arena that generated a ticket sales total of $16 million, the ninth-highest concert gross reported to Billboard in 2013. Tour legs in North America last fall and Europe earlier this year preceded the trek Down Under that wrapped this week. The To Be Loved tour returns to the U.S. and Canada this summer and will close with a final European leg in November and December.