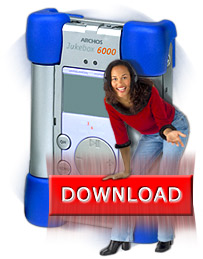 (CelebrityAccess News Service) — A large majority of the American public view downloading music for personal use as an innocent act and thinks the high price of CDs leads to a lot of downloading. These are the results of a Harris Interactive survey of 2,306 adult Americans conducted online.

This is consistent with results of a Harris Interactive survey of teens released in October 2003 which showed that roughly three in four teens feel that downloading music files without paying (74%) and letting others download files from them (78%) should be legal.

An almost equal 70% say, "If the price of CDs was a lot lower, there would be a lot less downloading of music off the Internet."

The potential financial impact of downloading on musicians and recording companies may not be fully understood by the American public. Nearly two of three adult Americans (64%) agree that musicians and recording companies should get the full financial benefit of their work. While the music industry views downloading as an issue of property rights, agreement with the three statements reported on to this point is at virtually identical levels among Republicans and Democrats, and liberals and conservatives.

While only a small majority of adults (54%) agree, "downloading music off the Internet is no different from buying a used CD or recording music borrowed from a friend," the differences by age are large. Younger people are much more likely to agree with this statement — 70% of 18 to 24 year olds and 66% of 25 to 29 year olds agree; and there is a decline with age — only 36% of people 65 and older agree with the statement.

All of this suggests that the music industry is fighting an uphill battle in winning the hearts and minds of Americans to support prohibitions against downloading. Their opportunity is to make the as yet unmade link in the public's consciousness between downloading and its financial impact on musicians and recording companies. –Jane Cohen and Bob Grossweiner

"Setting that goal was a way to put the stake in the ground and say that we were going to be the leader," said Rob Schoeben, Apple's vice president of applications marketing.

A dozen other online music services have since followed Apple's 99-cents-per-download debut with similar a la carte song services.

Apple maintains a clear lead over its closest rival, Napster, which announced its 5 million-song milestone in February. Another competitor, Musicmatch, has not disclosed its song sales but analysts estimate it follows closely behind Napster.

Shares of Cupertino-based Apple were at $26.41, down $1.15, in afternoon trading Monday on the Nasdaq Stock Market.

Rhapsody Usage Up 14% in February

"Today's news is further evidence that Rhapsody is delivering the music value that consumers are seeking with online music services," said Sean Ryan, vice president of music services, RealNetworks. "Rhapsody puts subscribers in the DJ booth, offering more than 45,000 albums of music for less than they'd pay for an album."

The Rhapsody Top 10 artists for February were:

The coffee retailing giant said Monday it will begin selling digital music downloads on CDs to customers at 10 of its stores in Seattle later this spring. It plans to roll out the service to 2,500 of its roughly 5,400 U.S. stores over the next couple of years.

The company is betting the service, which debuts Tuesday at its revamped Hear Music Coffeehouse in Santa Monica, will draw interest from music fans among its legion of coffee-bean loving devotees.

"It's a self-service experience … that marries well with the time it takes to get your latte," said Don MacKinnon, Starbucks Corp.'s vice president of music and entertainment.

The Hear Music Coffeehouse, one of four combined coffee and music stores run by the chain, will have 70 stations for customers ordering music. The regular Starbucks stores will have a fraction of that, MacKinnon said.

Patrons will be able to walk up to a counter and use a flat, touch-screen computer display to browse through a collection of about 150,000 tracks. They will be charged $6.99 for the first five songs and $1 for every individual track after that. Included in the price: a labeled CD and jewel case.

By comparison, popular online digital music services like Napster 2.0, MusicNet or the iTunes Music Store offer between 300,000 and a half-million tracks, which sell for 99 cents each or $10 for a full album.

He declined to say how much the company has invested in the venture.

The Starbucks stores will be equipped with several HP Tablet PCs, headphones, printers, CD burners and a server, which will store the library of licensed music. The Seattle-based company hired computer manufacturer Hewlett-Packard Co. to design the service.

(CelebrityAccess News Service) — Comedy Central has reached an agreement with Jon Stewart to extend his contract as host of the critically-acclaimed and award-winning "The Daily Show with Jon Stewart." Stewart, whose contract was set to expire at the end of this year, will now remain with the all-comedy channel through 2008 and the next presidential election campaign. In addition to hosting "The Daily Show," Stewart also serves as an executive producer and writer.

"A lot of people like to get out when their show's still going well," said Stewart. "This gives me the opportunity to beat this thing into the ground."

"I am thrilled for Jon and Comedy Central that this magnificent union will continue on for another four years," said Larrt Divney, president and CEO of Comedy Chanel. "Jon is one of the great, young comedic minds of our time. His ability to assess what's happening in the world and use humor to dissect the rhetoric and present the truth in its simplest form is unparalleled."

"I have been a fan of Jon's ever since working with him on MTV's 'You Wrote It You Watch It,'" said Judy McGrath, MTV Networks president. "And yes, I have the masters. In the inimitable words of Entertainment Weekly, ''The Daily Show with Jon Stewart' is the most consistent laugh machine on TV…and still maintains it anarchistic spark. 'Indecision 2004'…is the very definition of a comedy series at the top of its game.' I count myself among the legions of Jon Stewart fans, and I can now get some sleep knowing he will be with Comedy Central and MTV Networks for at least another four years. I can't imagine the place without him."

The deal with Comedy Central was negotiated for Stewart by his attorney Tom Hansen of Hansen, Jacobson, Teller. Stewart is managed by James Dixon of Dixon Talent, Inc.

Among the show's many plaudits since Stewart took over on January 11, 1999 are: the 2002-2003 Emmy Award for Outstanding Variety, Music or Comedy Series (which ended the five-year run of "Late Show with David Letterman" in this category); multiple Emmy Awards for Outstanding Writing For A Variety, Music or Comedy Program (2000-2001 and 2002-2003); and a George Foster Peabody Award for its yearlong "Indecision 2000" political coverage of the election campaign and aftermath. In addition, Stewart has been twice nominated for an Emmy Award for Outstanding Individual Performance in A Variety Or Music Program.

Currently in the midst of its "Indecision 2004" coverage, "The Daily Show" will continue to report on the contentious Bush vs. Kerry face-off, including taking the show on the road to Boston during the Democratic National Convention in July and covering the Republican National Convention from the show's home base in New York City. The "Indecision 2004" coverage will culminate with a live, one hour Election Night Special at 10:00 p.m. (ET/PT).

"The Daily Show with Jon Stewart," a nightly news parody launched in the summer of 1996, takes a reality-based look at news, pop culture, politics and the media. In each show, Stewart and a team of correspondents, featuring Stephen Colbert, Rob Corddry, Ed Helms and Samantha Bee, comment on the day's stories employing actual news footage, taped field pieces, in-studio guests and on-the-spot coverage of important news events. The series airs Monday-Thursday at 11:00 p.m. with encore presentations Monday-Thursday at 1:00 a.m., Monday-Friday at 10:00 a.m. and 7:00 p.m. – by Bob Grossweiner and Jane Cohen.

(CelebrityAccess News Service) — Nearly a decade after his first stint at Comedy Central began, programming and network-branding guru Doug Herzog will rejoin the all-comedy channel as president, replacing Larry Divney, who will retire. Herzog, who will be based in the network's Los Angeles office, is slated to begin in early May.

During his initial time at the network (July 1995-November 1998), Herzog helped create the Comedy Central brand that is flourishing today. He developed and launched many of the current signature programs, from the award-winning "The Daily Show with Jon Stewart" to the long-running "South Park." Herzog is also credited with cult hits like "Win Ben Stein's Money," "Strangers with Candy" and "Viva Variety" (from the creators of the recent network hit, "RENO 911!"). In addition, He was instrumental in launching the network's "Roast" franchise. On his watch, Comedy Central increased its audience for 14 consecutive quarters.

Judy McGrath, MTV Networks Group president said, "With Larry literally heading to the farm, Comedy Central should enjoy a seamless transition back to Doug, since we can skip the presidential training and just get right to the business of arguing over all the things that we've changed since he left. I knew we couldn't replace Divney with Herzog. but we could bookend him with Herzog."

"Seriously, I couldn't be more thrilled about Doug coming in to run Comedy Central," she added. "He is such an excellent creative leader, colleague and champion of original talent and content, and I know that he will, once again, take the network to a whole new level of success. He just has to stop talking about 'Monk' and 'Malcolm in the Middle.'"

Tom Freston, Chairman, MTV Networks said, "Getting Doug Herzog to run Comedy Central is an opportunity that only comes twice in a lifetime. He's the perfect guy to take Comedy Central to new levels of success and hilarity. I look forward to having Doug at our table with his many talents and his fat Rolodex."

"If I had known 'South Park' was going to last this long," said Herzog, "I would have never left in the first place.I love Comedy Central, and I so look forward to, once again, continuing to build a strong brand with limitless potential."

Herzog left Comedy Central in November 1998 to serve as president of entertainment for FOX Broadcasting Company, where he was responsible for all FOX programming, scheduling and marketing. While at FOX, he shepherded "Malcolm in the Middle" and the cult favorite "Action." He was named president of USA Network in March 2001 where his emphasis on original programming produced "Monk" and "The Dead Zone," and such projects as "RUDY: The Rudy Giuliani Story" and the recently-broadcast, "Traffic: The Miniseries."

No stranger to MTV Networks, Herzog spent eleven years at MTV prior to joining Comedy Central. When he left MTV for the all-comedy channel in 1995, he was serving simultaneously as executive vice president of programming for the network and president of MTV Productions. At MTV, he developed and supervised MTV News , "The Real World," "Unplugged" and "Road Rules," as well as the network's signature "MTV Video Music Awards" and "MTV Movie Awards."

Prior to MTV, Herzog served as a segment producer for "Entertainment Tonight" and as an associate producer at Turner Broadcasting System where he began his career with the then newly-launched CNN and SuperStation TBS. – by Bob Grossweiner & Jane Cohen