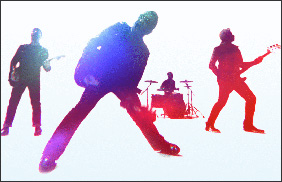 CUPERTINO, CA (Hypebot) – The free release of U2's new album "Songs of Innocence" on iTunes for free may be dubbed innovative in some camps but, except for the potential reach, it's difficult to call a free giveaway of something lots of people will want innovative. But, though I don't see the free release as an innovative move for music, I do think U2's appearance, the theme of their album and the connection to their earlier release on the iPod made their participation in Apple's event a nice older but wiser, back for a fresh start moment for both parties.

Daniel Kreps at Rolling Stone covers "15 Innovative Album Releases That Shook the Music Industry." It got me thinking about whether or not U2's release of "Songs of Innocence" for free on iTunes could be called innovative.

Without getting too picky about definitions let's say, for the sake of this post, that to be innovative one must make a fresh creative move that isn't just a bigger version of what came before.

In that sense U2 follows in the footsteps of Jay Z's Samsung album giveaway and Beyoncé's surprise release of "In Rainbows" via iTunes. It basically combines them and distinguishes the move by likely being the largest free album release in history.

See how the innovation factor fades and we start to get into Guinness World Book territory?

However Daniel Kreps, to his credit, doesn't actually call this new release innovative. He does remind us of the 2004 special edition iPod with U2's entire discography as well as a copromotion for their new album which did feel like an innovative partnership at the time.

And that's what made yesterday's partnership between Apple and U2 a nice event.

Both have won quite a bit and lost some as well. Both face serious challenges. And both need fresh beginnings and big sales.