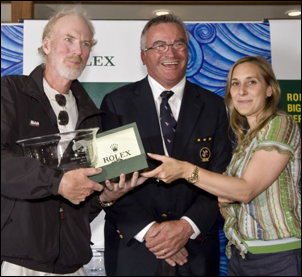 Dave Kirby is the President/CEO of the Kirby Organization (TKO) opened in
September of 2005 and is a licensed and bonded multinational Talent Agency,
with offices in Los Angeles and New York, representing over 200 music
clients worldwide, including artists such as Buckcherry, The Cult, Mudvayne
and Motorhead.

Kirby’s boat, Technical Knock Out (TKO) is a 2007 J/122, built in France by
JBoats Europe. –by CelebrityAccess Staff Writers