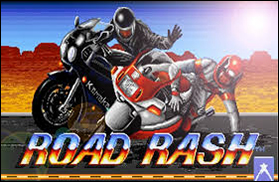 (Hypebot) – In this piece Chris Castle recalls his early experience licensing music for video games, and how his initial skepticism gave way to the enthusiasm of Chris Cornell and the other members of Soundgarden, with positive results for all those involved.

In 1994, I kept getting calls from Electronic Arts about using Soundgarden in the soundtrack of a video game. Remember–at that time, the only music in video games was pretty limited stuff. The Electronic Arts game was called Road Rash and a new version of it was being released in a format called 3DO which I’d also never heard of. The thought of trying to come up with a new deal structure for music in a video game sounded like it required more attention than I had to give, and I pretty much turned them down flat.

Shortly after passing on what in hindsight was more opportunity than headache, I got a call from Soundgarden’s management. It appeared that Electronic Arts had approached the band directly–a move guaranteed to piss off a label. Soundgarden were huge Road Rash fans and played earlier versions of the game on their tour bus. A lot.

I asked Soundgarden if it was OK for us to use them as leverage to get some other A&M bands into the game so that we could control the audio landscape. They thought that was just fine. So I called Electronic Arts back and told them that I understood from our artist Soundgarden–who EA had gone to behind our backs–that EA had a need of music for their new Road Rash game. Which was good because it just so happened that I had music to give them.

Well…not give them exactly.

EA agreed to take tracks by our other artists in the genre, so I worked with Soundgarden’s first rate product manager to make it happen. He’s the one who really deserves the credit for making this happen at the label, including bugging me way too much. We came up with a list of artists who we thought would get off on being in the game, particularly alongside Soundgarden. This was Monster Magnet, Paw, Swervedriver, Therapy? and Hammerbox. EA found slots for all of them. Because this was found money, I agreed to let each artist keep their share of the royalties on a nonrecoupment basis, meaning we just passed through 50% of our revenue from EA. Plus the bands got the publishing royalty.

Let’s just say that every artist involved in the project made bank. Plus EA agreed to give us all kinds of promotional goodies. It was a great deal. In fact, it was such a great deal that the rumor is that EA swore they’d never do that deal again. Even so, the game producer Randy Breen was a big believer in the music and games reality at a time when it did not exist. He hung in there and put up with all my bullshit.

Of course none of this would have happened without Soundgarden and Chris Cornell. Would someone have put front line music in a video game eventually? Sure, but the fact that Soundgarden–at the height of the Superunknown phenomenon–were willing to take a chance on what could have backfired in a pretty visible way made a huge difference in the evolution of what has become a major way of introducing fans to bands. And it speaks volumes that Soundgarden’s generosity with their own success allowed five other A&M bands to participate when Soundgarden could just as easily have taken all the Road Rash music slots for themselves. In addition to all their other accomplishments, Soundgarden and Chris Cornell should really be recognized for having the vision to embrace a whole new way of using music that we have taken for granted for a long, long time.

It’s that spirit that made the entire label love those guys and stick with them for years. We were really lucky to have had the opportunity.

You can’t ever really know what goes on inside someone’s head. There will be a lot of stories and resume about Chris Cornell, but I wanted to tell that story of a combination of vision and kindness. For there are no other words.