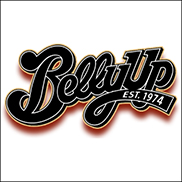 SAN DIEGO (CelebrityAccess) — The Del Mar Fair Board is weighing a new indoor entertainment venue that would be built in the current home of the Surfside Race Place.

According to local news source KBPS, the new music venue, if approved, would have seats for about 1,900. The 26-year-old, 100,000-square-foot space currently serves as a home to an off-track betting facility, but interest in racing has waned in recent years.

According to the San Diego Reader, Orange County architecture firm has been hired to design the new venue and once the estimated $19 million in funding for the project is obtained, the concert hall will be built and may be ready for shows by late next year.

“I think there’s a demand for it,” Del Mar Fairgrounds manager Tim Fennell told KBPS. “There’s no venue like that in North County. It complements what we do. If you saw our mission statement, we are about agriculture and education, but also about recreation and entertainment.”

As for who would handle the booking business at the new venue, no determination has been made but Belly Up, who promotes at the Music Box and the Belly Up Tavern in Solana Beach has been mentioned as likely candidates. – Staff Writers