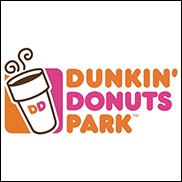 HARTFORD, CT (CelebrityAccess) — After months of delays and budget overruns, mayor of Hartford announced that the city will terminate its agreement with the developer of a new 6,000-seat baseball stadium in the city.

According to the Hartford Courant, Hartford Mayor Luke Bronin held a news conference on Monday to announce the removal of DoNo and Centerplan as stadium contractors for the stadium, which is named Dunkin' Donuts Park. While the Mayor said that he regretted having to make the decision, that they had lost confidence in the contractors to complete the stadium without further cost overruns.

According to the Courant, the developers emailed the city on Friday stating that they needed an additional sixty days to bring the stadium into safety code compliance.

The Stadium, which will serve as a home to the minor league baseball team the Hartford Yard Goats, has missed two completion deadlines, the most recent of which was May 17th.

The project's developers and the city are at loggerheads over where the responsibility for the delays lie, with the developer claiming that the designs provided to them were not code compliant and that more than 100 changes requested by the city were responsible for the delays.

Representatives for the city countered that the developer was informed that the project was design and build, and that it would include changes. The stadium, financed with taxpayer money, is now $9 million over its original $56-million-dollar budget.

In the interim, the team has been playing at Dodd Stadium, in Norwich, CT, approximately 45 minutes from Hartford. – Staff Writers