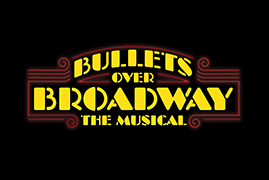 EAST HADDAM, CT (CelebrityAccess) — Amid the growing backlash against sexual misconduct in the entertainment industry, a theater in Connecticut announced that it was shelving a planned production of “Bullets Over Broadway,” based on the 1994 Woody Allen film.

According to The Haddams Patch, officials at the historic Goodspeed Opera House in East Haddam stated that the decision not to move forward with the production follows renewed allegations that Allen had inappropriate sexual contact with his and actress Mia Farrow’s adopted daughter, Dylan Farrow.

“After careful consideration and conversations with community members, trustees, staff and artists, we have decided to cancel our production of Bullets Over Broadway,” Goodspeed Executive Director Michael Gennaro said in a statement. “In light of the current dialogue on sexual harassment and misconduct, the author of “Bullets Over Broadway,” Woody Allen, has come under increasing scrutiny. Ongoing reports in the media have made this situation even more difficult and complicated and this led us to reconsider the appropriateness of producing the show. I believe this is the right decision for Goodspeed to make as an organization and we are pleased to be able to produce “The Drowsy Chaperone” as a welcome addition to our season.”

The Associated Press was among a number of news organizations who reported on Dylan Farrow’s claims that Allen had molested her at her mother’s Connecticut home in 1992 when she was 7-years-old.

Allen has denied the allegations and previous investigations by experts at Yale-New Haven Hospital concluded that Farrow had not been sexually abused.