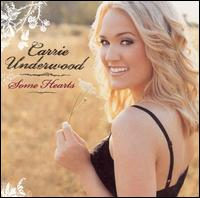 While the bulk of the music industry slumped with an across-the-board decline of more than 7 percent for music sales in 2005, country music finished stronger than every format except Latin with a more modest 3 percent drop, according to figures released by Nielsen SoundScan.

Sales of Top Current Country Albums were strong in the holiday sales period (the last six weeks of 2005), finishing ahead of the same period in 2004 by eight percent, while sales of the Top 200 Current Albums fell 16 percent, according to Nielsen SoundScan's annual tally.

Overall, the number of albums sold in 2005 was 75.3 million down from 77.9 million in 2004, but country's market share increased in 2005 from 11.69 to 12.7 percent. Frustrating the number watchers is that Garth Brooks' box set, which was sold exclusively at Wal-Mart, was not included in the Nielsen SoundScan count. The retail giant has said that more than a million copies have been sold, but estimates place that figure as high as 2.5 million.

"If those numbers had been included in the final SoundScan figures, we would have ended the year on the positive side of the equation," Genovese said. "Still, country music held its own during a very tumultuous period for the music industry. The creative depth of our artistic community, loyalty of our fan base and the breakthrough success of some of our bright new talent all contributed to this achievement."

Contributing to those gains in 2005 was a diverse slate of performers representing the broad terrain of the format from newcomers Underwood and Sugarland to legacy artist Cash; cross-over superstar Faith Hill to Kenny Chesney; Toby Keith, who continued to sell strong in 2005, to trio Rascal Flatts, who broke into the upper sales ranks across all formats for the first time. The trio's album Feels Like Today sold 2,511,209 units in 2005, claiming the No. 7 best selling album of the year spot among all genres.

"The diversity of these performers illustrates the strength and future potential of the genre," Genovese said. "Country music is strong as a format, when you have artists at virtually every phase of their careers selling albums at this pace."