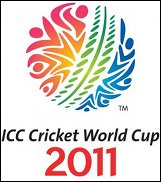 NEW DELHI, India (CelebrityAccess MediaWire) — The International Cricket Council's World Cup 2011 has already been defined, not by the sport, but by its ticketing error leaving countless fans up in arms.

The most prominent errors took place when the official ticketing partners, Kyazoonga.com's servers were overwhelmed with the load on Monday afternoon when they went 'live' with sales for the finals and semi-finals at 1pm India time, according to ESPN.

Within a matter of ten minutes, the website received hits of close to ten million, many of those caused by people refreshing the site. It would have needed, a Kyazoonga staffer said, a server farm the "size of a football field" to keep up with that kind of demand, according to ESPN. The site crashed at 1.05pm and the few people who had got into the system and begun purchasing their tickets found their plans hanging somewhere in cyberspace.

The website went online again at around 9.30pm IST with a statement that no tickets for the finals & semi-finals had been sold on Monday due to the system issues and that updates about the ticket sales would follow. So, all the tickets allocated for online sales will still be available once the Kyazoonga network teams in India, Europe and the United States get their servers up and running again. Kyazoonga were not willing to reveal an approximate time when that was expected to happen, according to ESPN.

A Kyazoonga spokesperson said while the surge in traffic had been expected, the site had not anticipated its scale. When ticket sales for World Cup group matches first went live on June 1, 2010, there had been no issues over server capacity. The firm had expected the demand to be several times over for the knockout games, "maybe five to ten times over but not 100," according to ESPN.

There were even people knocking at the door of the Kyazoonga offices in New Delhi asking to purchase World Cup final tickets.

Not only were fans upset about the failure to buy tickets, but also about how few tickets there are available to the general public considering the Indian population.