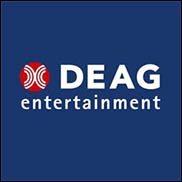 BERLIN, Germany (CelebrityAccess) — German promoter Deutsche Entertainment AG (DEAG) announced that they had their best quarter in half a decade in the fourth quarter of their 2016 fiscal year.

While they have yet to release a full quarterly earnings statement for the quarter, preliminary findings for the quarter suggest that the company generated 86.8 million euros, up from 53.9 million in 2015.

The company attributes their strength for the quarter on a big bet on holiday fare, particularly the Christmas Garden formats “Christmas at Kew and at Blenheim” and “Christmas Garden Berlin”. Other highlights in the fourth quarter were “Disney on Ice” and “Marvel Universe”, besides many large tours such as of the Red Hot Chili Peppers, Böhse Onkelz, David Garrett and others, the company said.

Peter Schwenkow, CEO and founder of DEAG, comments: “Our strategy with a clear focus on family entertainment, rock/pop, classics & jazz, arts + exhibitions and ticketing has been proven right. In addition to our strong presence in the German-speaking countries, our UK business also paid off with disproportionate organic growth, now accounting for around 35% of DEAG’s total sales. We want to carry this momentum forward and expand our UK business to as much as 40% in the medium term.”

DEAG is also optimistic about 2017, thanks to their " well-filled [event] pipeline." – Staff Writers