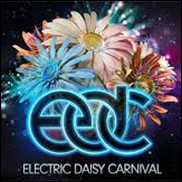 LAS VEGAS (CelebrityAccess) — One man died over the weekend after attending this year's Electric Daisy Carnival, held at the Las Vegas Speedway in Las Vegas.

According to KTLA, 35-year-old Michael Adam Morse was pronounced dead at the scene after he collapsed while suffering a seizure early Saturday morning at the festival.

Morse's wife Jennifer Marshall, told Las Vegas news source KSNV that Morse was waiting in the Uber line at about 3:30 AM when he began to suffer seizures. He was transported to the festival's medical tent and died four hours later, according to KSNV.

“He never made it to the hospital,” Marshall told KSNV. “At his death, his temperature was a 109.6,” she added.

Marshall took the festival to task for what she said were long lines of an hour or more for water and over the delay in getting an ambulance into the festival grounds due to congestion.

The festival's producer, Insomniac Events, said that there were 100 free water stations located around the festival and said that waits for water were no longer than 10 minutes.

In a statement released to KSVN, Insomniac said:

The unexpected passing of a loved one is tragic, and while the exact cause of this tragedy is still unknown, we do know that family and friends are grieving. It is with great sadness that we send our thoughts and condolences to the loved ones of the man who passed away after the festival had ended.

Our health and safety plan is created over several months with local agencies. Our roaming medical personnel are available twenty-four hours a day, free of charge, with the best emergency room doctors, nurses, EMTs and paramedics in the country. A full staff of security and police are also available to all attendees. We encourage everyone to approach our caring staff and ask for help if needed.