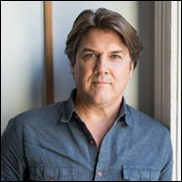 (Hypebot) – Long the target of criticism from musicians for its unfair revenue split and complete failure to pay some artists and publishers, YouTube recently sign a deal with ASCAP whereby the PRO will share songwriter information with the popular video sharing site, meaning ASCAP artists could see some, albeit it not vast, increase in their profits.

The music business has long been critical of YouTube not only for its 55/45 split (45% going to YouTube), but for the fact that songwriters and publishers frequently go unpaid. This could soon change for songwriters signed to ASCAP as the organization has agreed to a new plan that shares songwriter information with the video streaming platform.

In what may be a first in that the deal is totally voluntary and not rate court-mandated, ASCAP will combine the data on its 10.5 million musical works with YouTube’s database. This means that the rights organization should collect more money from YouTube, which in turn can then be passed along to its members. Even better, the deal is also retroactive in that ASCAP will be compensated for its works dating back to 2013.

The fact of the matter is that the per view payout to the songwriter is still low at around $0.00015, and it doesn’t look like that figure will rise soon. That said, the additional revenue comes from songs that weren’t previously being counted, or the the royalty wasn’t being paid because the songwriter/publisher information wasn’t available (a common metadata problem these days). This deal is in the right direction in its at least getting songwriters paid for all the views on the network, instead of only some of them.

ASCAP and BMI don’t have a choice about whether to license their music to YouTube as they are required to grant licenses under the terms of their consent decrees with the Justice Department, but that only happens IF they can’t immediately come to voluntary licensing agreements. While the PROs have been lobbying Congress to increase the rates, it’s still possible to strike a voluntary deal, as ASCAP just did.

To be sure, songwriters won’t be getting rich off this deal, but the fact of the matter is that any additional income or new revenue source today is most welcome.