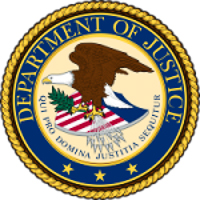 HYPEBOT (CelebrityAccess)–The official ruling by the U.S. Department of Justice is sending shockwaves across the music industry. Most affected are BMI and ASCAP and songwriters who have suddenly lost some control over songs which they have written with others

As anticipated, the U.S. Department of Justice has issued its official ruling which requires 100% or "full-works licensing."

Prior to the ruling, BMI, ASCAP and SESAC could only license the portion of a song they controlled to Spotify, Apple Music and others. Under today's ruling, any co-author or PRO of a song can license the "full" work.

"As our investigation proceeded," the DoJ wrote in today's ruling, "we discovered that there was significant disagreement in the industry about what rights must be conveyed by the blanket licenses (as well as other categories of licenses) that the consent decrees require ASCAP and BMI to offer… Some argued that, in order to effectuate the purpose of the consent decrees, the blanket license must grant licensees (also called 'users') the right to publicly perform all songs in the ASCAP and BMI repertories. Others believe that the blanket licenses offered by ASCAP and BMI instead confer only rights to the fractional interests in songs owned by ASCAP’s and BMI’s members and that music users must obtain separate licenses to the remaining fractional interests before playing the songs.”

“We think the evidence favors the full-work side,” the DoJ concluded. – Staff Writers