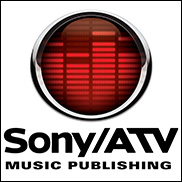 "The transaction will not materially increase Sony`s market power vis-a-vis digital music providers compared to the situation prior to the merger," Reuters reports an EU competition enforcer as saying of the approval.

Warner Music Group and various independent music organizations had opposed the deal, saying it would give Sony/ATV — the world`s largest publishing company by market share — too much market share. Privately, most were hoping that the EU would force Sony to divest some of its publishing assets, which they then might be able to purchase.

The the U.S. Federal Trade Commission never reviewed the deal, so it now has clearance from all sides. Sony has agreed to pay the Jackson estate $750 million for its 50 percent share of Sony/ATV at a valuation — taking into account a discount for Sony baked into the agreement and the publishing company`s debt — between $2.2 and $2.4 billion, Billboard estimates. As soon as a few loose ends are tied up, the deal is expected to close shortly.