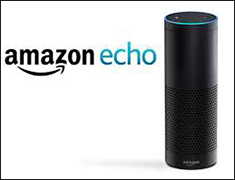 (Hypebot) – Apple's decision to ditch the headphone jack highlighted the idea that future music services might soon be device specific, and it looks as though Amazon is taking the plunge by offering a subscription service with a strict one device limit.

By Leigh Beadon on Techdirt

In the last episode of the Techdirt Podcast, we discussed the DRM implications of Apple's decision to remove the analog headphone jack from the iPhone — specifically, the idea that in the future we may see music services that can only be played through specific output devices, such as a headphone-only subscription. We're not quite there yet, but now Amazon is blazing the trail with the first major music subscription offering with a strict one-device limitation:

Would you pay a few extra bucks a month to turn your smart home speaker into an intelligent, unlimited jukebox? Amazon is betting people will.

The company on Wednesday is launching a new subscription music service, Amazon Music Unlimited, that starts at $3.99 a month for a library of tens of millions of songs. That's less than half of the cost of Apple Music, Spotify Premium and competing music services.

Here's teh catch: At that lower price, you can only use the service on a single Amazon Echo device: An Echo, Echo Dot or Amazon Tap.

And so we enter a world with yet another means of fragmenting digital music services and making them way, way less appealing. At least they were decent enough to drop the price — but now that the floodgates are open, it's entirely possible such heavily limited subscriptions will eventually become the new baseline, and truly open subscriptions that can be played anywhere (one of the biggest advantages of digital music) will morph into an expensive luxury. The key difference between this and our speculation about Apple limited output devices is that the restriction happens further upstream, with the subscription only being piped to one specific device — and if that device is an Echo Dot, there's even still an analog jack so it can be plugged into just about anything else. But the next step — a subscription on a general purpose device like a phone with music that is artificially limited to only be output through certain devices, thanks to the DRM capabilities of digital-only connectors — feels slightly and worryingly closer to reality. And what will this accomplish? Nothing more than ensuring legal digital music continues to suck in unnecessary ways.

And so, naturally, the legacy music industry has sought out almost every opportunity to add restrictions and limitations to their digital offerings. Disruptive innovators like Spotify and Pandora fight an ongoing uphill battle to secure the necessary rights to offer something more open and appealing, and the massive digital retailers — Apple, Google and Amazon — drift around in between: aware and capable of the type of technological innovation necessary to make digital music services appealing, and armed with the money and clout to secure better licensing deals from rightsholders, but also prone (to varying degrees) to following in those rightsholders' restrictive footsteps in order to fulfill their own dreams of total control and a captive audience. Amazon isn't banking on people who are out searching for a digital music service deciding to go with the absurdly limited $4 option — it's targeting existing Echo customers who might see it as a cheap add-on for some extra music around the house. It wants to upgrade those Echo users into Prime subscribers if they aren't already (for even more music, since the services are weirdly fragmented from each other), and eventually turn new Echo-only music subscribers into fully dedicated Amazon Music customers. Instead of making it really, really easy to sign up for a music subscription that gives you everything you want on every device you own, it's ensuring there are plenty of different ways for people to pay up for a tiny slice of that experience.

To some degree, this might work — it almost certainly won't be the only such experiment, especially with Apple laying the groundwork for even more granular control. But in the long run it won't fix anything, least of all piracy. It relies on people being trapped in a top-to-bottom walled garden, where they are happy getting all their devices and content from the same company on that company's terms, which works to an extent when the gardens are pretty enough, but leaves all the real advantages of digital out in the cold, and the users end up suffering even if they don't all know it. Even after all these years, the music industry has failed to truly offer the one thing that has obviously been the end-game and true promise of digital ever since the first MP3: a one-stop-shop for all the music in the world, delivered as digital data with all the freedom and flexibility that implies. Piracy has offered it since day one, and when it comes to competing with it, the only success stories are those services like Spotify that have fought hard to just offer a real taste of the same comprehensiveness and convenience. Amazon's latest move is a step in the opposite direction.