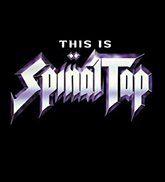 LOS ANGELES (CelebrityAccess) — Harry Shearer, one of the stars of the cult classic "This Is Spinal Tap" has sued French media giant Vivendi alleging fraud in connection to profits from the film. Shearer claims that he has only earned $81 on 22 years’ worth of merchandising income according to court documents obtained by ABC News.

The lawsuit alleges the French conglomerate, Vivendi S.A., engaged in anti-competitive and unfair business practices, as well as fraudulent accounting, directly related to its management of the cult-classic film, This Is Spinal Tap. Shearer co-created the film, co-wrote the soundtrack and starred as the Spinal Tap band’s bassist, Derek Smalls.

When Vivendi acquired the rights to This Is Spinal Tap in 1989, through its subsidiary Canal, the lawsuit alleges it began a concerted and fraudulent campaign to hide, or grossly underreport, the film’s revenues in order to avoid its profit participation obligations. Vivendi’s financial reporting of income has been woefully inconsistent at best. Performance of its duties to the film’s creators dropped off entirely from 2014, the 30th anniversary of the film’s initial theatrical release. In the past two years, Vivendi has altogether failed to produce an account of any Tap revenue, according to the complaint.

“Almost 40 years ago, Christopher Guest, Michael McKean, Rob Reiner and I created the somewhat legendary band Spinal Tap,” said Shearer in a statement published on his website Fairness Rocks. “We thought there was something real and really funny about the characters, and between that inception and the theatrical release of This Is Spinal Tap in 1984, we poured ourselves into nurturing and perfecting the paean to rock loudness that has entertained so many people, even today. But despite the widespread success of the film and its music, we’ve fallen victim to the same sort of fuzzy and falsified entertainment industry accounting schemes that have bedeviled so many other creators. In this instance, the fraud and negligence were just too egregious to ignore. Also, this time, it was personal.”

Vivendi declined to comment on the suit, according to ABC. – Staff Writers