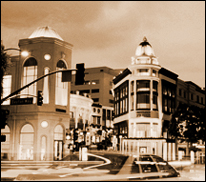 LOS ANGELES (CelebrityAccess MediaWire) — Veteran agent Don Muller has left his position at CAA to return to the William Morris Agency, taking with him a number of his acts, including Pearl Jam, The Beastie Boys, The Foo Fighters, Weezer, Mars Volta, Tenacious D, Scars on Broadway and Maxwell with more artists possibly in the wings.

Muller had an extensive list of artists at CAA, including some heavyweight acts such as the Red Hot Chili Peppers and Rage Against The Machine, but no announcement regarding their disposition has been made.

Most recently at Creative Artists Agency, Muller began his career as an agent at Triad Artists Agency which was acquired by WMA in 1992. Muller co-founded Lollapalooza along with Marc Geiger in 1990 and oversaw WMA’s Contemporary Music division until 1997 when he left to co-found the digital media company, ARTISTdirect, with Geiger.

"I’m thrilled to have Don here again, even though I feel like I’ve been working with him consistently since he arrived here from Iowa 22 years ago," said Peter Grosslight, WMA’s Worldwide Head of Music. "We’re excited he’s back on our team again, and we even forgive him for the couple of sabbaticals he’s taken over the years."