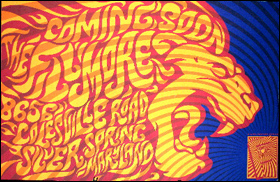 SILVER SPRING, MD (CelebrityAccess MediaWire) — The Montgomery County Council voted on March 4th to approve $4 million in funding that had been pledged to help Live Nation build a Fillmore in Silver Spring, the Washington Post reported.

The vote wasn't unanimous and some council members expressed concerns that the $7,500 in rent that Live Nation would be charged by the county is well below market value and that no provisions were made to insulate the county from cost overruns on the project.

Council vice president Phil Andrews urged colleagues yesterday to "send a clear message to the state that we support this project," the Post reported.

Others council members were less enthusiastic, expressing reservations about the plan and urging the County Exec to consider alternative proposals such as that offered by Seth Hurwitz at IMP. "This is not just a faulty process, but a faulty project," said Councilmember Roger Berliner.

While this is one hurdle cleared for Live Nation, several yet remain, perhaps most importantly, securing funding from the Maryland General Assembly for the project. – CelebrityAccess Staff Writers