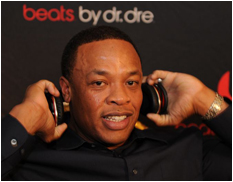 MALIBU (CelebrityAccess) — Music mogul and Apple exec Dr. Dre was reportedly handcuffed and cited outside of his Malibu home on Monday after a a motorist initiated a private person’s arrest, claiming that Dre had brandished a gun.

According to the Los Angeles Times, Los Angeles County sheriff’s deputies cited Dre, whose real name is Andre Young, after responding to a report of a man brandished a firearm in the 22000 block of Pacific Coast Highway about 11:15 am. At the scene, a man alleged that he was stopped in front of a home when a person later identified to be Young “ordered him to leave and produced a handgun.”

“Due to the nature of the call, the person was searched, handcuffed, and briefly detained in a patrol car while deputies investigated the incident,” Sheriff’s Capt. Chris Reed told the Times.

Sheriff’s Deputies said that Dre was cooperative, consented to be searched and denied having a gun. No evidence of a weapon was found at the scene. Dre told the deputies that he found the man blocking his driveway and asked him to leave, but soon found him parked in the center median in front of Dre's house, the Times said.

Sheriff’s Capt. Chris Reed said that under the law, an individual can request a private person's arrest be made when a deputy hasn’t witnessed an alleged misdemeanor crime. – Staff Writers