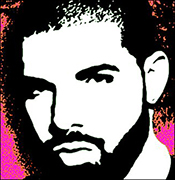 TORONTO (CelebrityAccess) — Despite earlier promises to power through the few remaining dates on his Summer Sixteen Tour, rapper Drake has announced that he's canceling the remaining shows, citing his injured ankle.

“Drake suffered a severe ankle injury during the tour which he did his best to power through. By doing this, he made his injury worse. Under doctors’ orders and to ensure Drake only ever gives fans the performances they deserve, he will be postponing the remaining three dates of his Summer Sixteen tour to allow him time to recuperate his ankle injury,” a rep for Drake told People Magazine. “Drake’s fans mean the world to him. Seeing their faces and performing his music for them is what he loves to do the most and he can’t wait to get back on stage.”

Affected dates include his hometown of Toronto on Oct. 9, Philadelphia on Oct. 13 and Newark on Oct. 16.

If you're a Drake fan in one of the affected markets, there is some good news as the performer has already announced plans for his upcoming 26-date Boy Meets World Tour, which is set to start in January. While only the European leg has thus far been announced, we somehow have a suspicion that there will be dates for the U.S. as well.

The tour kicks off on January 21st in Amsterdam and concludes on March 16th in Cologne. – Staff Writers