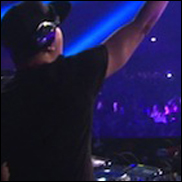 AMSTERDAM (VIP NEWS) — The great economic success of the Dutch DJs and the Dutch dance scene has proved to be of great value to the Dutch economy; more than half a billion euros (587 million) each year.


The results of the research were revealed during the Amsterdam Dance Event (ADE) in Amsterdam, followed by a presentation of the first copy of the report to DJ Armin van Buuren by Buma/Stemra CEO Hein van der Ree.


The research, which was executed by economic consultancy firm EVAR Advisory Services commissioned by ADE, ID&T and Buma/Stemra, shows that large festivals and events (more than 3.000 visitors) in particular have gained ground in economic interest. Estimates show they contributed over 137 million euros, a growth of almost 68 percent in regards to 2002.


The contribution of DJ's and music producers has also seen a large growth. It is estimated that their activities generate revenue of over 254 million euros. Earlier Buma/Stemra calculated that over 53 million of this revenue has been earned abroad in DJ performances and music rights.


With an estimated 35 million euros, Dutch event organizations are also doing big business abroad with ID&T leading the way. There is also continued growth in the amount of foreign visitors attending Dutch dance events. In 2011, over 20 events with international visitors have generated more than 10 million euros in ticket sales and other earnings.


The growing share of foreign contribution is expected to keep growing the years to come. A cautious estimate shows that the worldwide market for dance related events represents a value of approximately 2,7 billion euros.


The full downloadable research can be found here: www.amsterdam-dance-event.nl/press