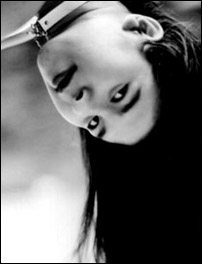 New York, NY (CelebrityAccess MediaWire) — New York singer-songwriter Emiko has announced her participation in the upstart music cable and on-line television network, Your Music Channel (YMC-TV) via a new DVD series "City Sessions." To celebrate the launch of YMC, Emiko will perform at an exclusive industry party at Tainted Blue studio (taintedblue.com) in New York City on May 10, at which time the DVD will become available for sale. A portion of the proceeds will be donated to WHY (World Hunger Year).

According to YMC-TV executive Darren Fair, the "City Sessions" DVD casts a spotlight on the "vibrant music scene in several US cities and what defines these cities by uncovering incredibly talented performers and giving them a global stage."

One part "MTV Unplugged" and one part "VH-1 Storytellers," the groundbreaking original "City Sessions" series creates an intimate concert setting for emerging artists, affording them the opportunity to perform and enlighten the audience about their favorite original songs. Each installment spotlights an independent artist performing live in a recording studio. Emiko is excited to be the featured artist of the "City Sessions" series. "I feel my music translates especially well in a live concert setting, so I was thrilled to be asked to participate in this series," she said.

After the release of her latest EP, Becoming Marina, Emiko began to look for new and exciting ways to reinvent herself. Until recently, instead of creating music videos for any of her most popular songs, Emiko toured the Northeast almost constantly, wowing audiences with her live concerts. Soon, Emiko was offered the opportunity to capture her performance on film; she felt "City Sessions" was the ideal platform.

As a member of WHY's Artists Against Hunger & Poverty program, Emiko is donating a portion of the proceeds from the sale of each "City Sessions" DVD to WHY, a leading advocate for innovative, community-based solutions to hunger and poverty. WHY challenges society to confront these problems by advancing models that create self-reliance, economic justice, and equal access to nutritious and affordable food. Tainted Blue is also participating by donating the studio for this event.

"Artists are in a unique position to help those most in need by lending the power of their voice and the stage to speak to the great injustice of hunger and poverty. Emiko is leading the charge for the indie music scene, and we are proud to have her on board with our work to help the more than 37 million Americans who live in poverty. WHY's focus is on solutions, and she shares that vision and enthusiastically puts her talents to work for the cause," said Noreen Springstead, WHY's Director of Fundraising and Marketing.

A limited number of pre-release DVDs have already been made available to Emiko fan club members. The program can be viewed, in rotation, on the YMC website throughout the months of April and May. Thereafter, the "City Sessions: Emiko" DVD, as well as DVDs from other artists featured in the series, will be available on the Your Music Channel website (www.ymctv.com).

The Dallas, TX-based music cable TV network, recognizing the new avenue that Internet television represents to visual medium, will bring the spotlight on musical programming outside the box of what viewers are accustomed to seeing from other music channels. To learn more, visit www.ymctv.com.