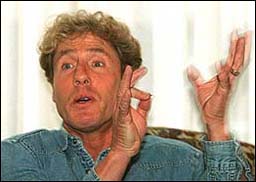 LONDON (CelebrityAccess MediaWire) — Bob Geldof stated in a recent CelebrityAccess article that "I would only organize (Live Earth) if I could go on stage and announce concrete environmental measures from the American presidential candidates, Congress or major corporations," and "they haven't got those guarantees, so it's just an enormous pop concert or the umpteenth time that, say, Madonna or Coldplay get up on stage."

'The Who' vocalist, who played with U2 at Live Aid and Live8, insists that global warming is too a big an issue, for a rock concert to be able to help answer all the questions linked to it.

"Bo***cks to that! The last thing the planet needs is a rock concert. I can't believe it. Let's burn even more fuel," the Sun quoted him as saying.

"We have problems with global warming, but the questions and the answers are so huge I don't know what a rock concert's ever going to do to help," he added.

The gig, which features performances from the likes of Madonna and Red Hot Chili Peppers, is slated to take place at Wembley on July 7.

Daltry further said that organizing a concert to spread awareness about climate change would be nothing more than wastage of time, because almost everyone in the world knew about the problem.

"Everybody on this planet at the moment, unless they are living in the deepest rainforest in Brazil, knows about climate change," he said.

"My answer is to burn all the f***ing oil as quick as possible and then the politicians will have to find a solution," he added.

Daltry bemoaned that while the original Live Aid in 1985 was successful with the money raised through it going directly to famine relief, its follow-up 20 years later did not have any achievable aims.

"What did we really achieve at Live 8? We got loads of platitudes and no action. Who were we kidding there?" he said.

"At least with Live Aid, Bob Geldof was willing to work the trenches and they did save a lot of lives. We could see what we achieved at the end of it," he added.

The singer also confirmed that he and Pete Townshend will not perform at this summer's the Concert For Diana, another big charity music event scheduled for this summer.

"It would be wrong of us to play. It should be for those two boys, the show that they want," he said.

"They obviously want Elton John, as he holds memories for them, but it would be a joke for us to play. Not unless they are real Who fans, which I very much doubt," he added.