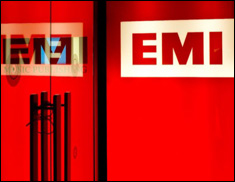 LONDON (Hypebot) – EMI CEO Roger Faxon is fighting rumors of bankruptcy or a sale in a memo to staff.

"I know it’s difficult not to be affected by these stories," admits EMI CEO Roger Faxon in a new memo to his staff regarding rumors of a possible sale or bankruptcy. "So, I thought it would be worth me taking a look at some of the myths that have been bandied about over the last few days, and tell you why you should believe them as little as I do."

In the memo, Faxon states:

On Bankruptcy: "EMI is easily meeting all its debt obligations, and paying all its bills, with room to spare. That’s more than can be said about most of our competitors, and not the mark of a company that’s in danger of going into any form of bankruptcy."

On Sale To Rival Label: "I don’t know if you’ve looked at any of our competitors recently, but none of them are having a particularly easy time of it. As a result, their corporate structures absolutely are not geared up right now to stomach the financial demands of attempting to take over another big company."

On A Sale Of Assets: "I think this is one of my favorite rumors, because not only is it completely untrue, but it’s utterly idiotic into the bargain… We’re here to create long-term value – for the artists and writers we represent, for our financial stakeholders, and for each other. And that’s what we’re going to do."

On Splitting Up The Publishing & Record Divisions: "Both Citi and Terra Firma understand that the best way to build value is for EMI to remain as one company."

Read the full text of the letter here.
Subscribe to CelebrityAccess Here