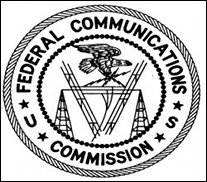 The Federal Communications Commission voted along party lines, with Democrats in favor, to approve new rules that would restrict ISPs from creating pay for play Internet "fast lanes" after a year of heated debate between proponents of an open Internet and the telecommunications industry.

The agency's new policy reclassifies broadband, both fixed and mobile, as if they were similar to a public utility, changing their previous classification of "information services." The change gives the FCC greater latitude in enforcement in the market, banning ISPs from blocking or slowing any traffic, or from striking pay-for-premium-access deals with content providers.

One such attempt at creating an Internet fast lane brought the Network Neutrality debate to the fore last year when Comcast was discovered to be throttling network traffic for video streaming service Netflix, in an attempt to garner fees from the company. Netflix, and other tech companies such as Google and Reddit, helped to mobilize significant public resistance to plans for a tiered Internet, culminating in the FCC receiving a record 4 million comments and a call from President Obama in support of net neutrality.

Perhaps predictably, the telecom industry has reacted with dismay to the FCC's ruling, claiming that the newly imposed regulatory schema would hamper innovation and endanger affordable Internet in the U.S.

"Heavily regulating the Internet for the first time is unnecessary and counterproductive. It is unnecessary because all participants in the Internet ecosystem support an open Internet, and the FCC can address any harmful behavior without taking this radical step. Moreover, Congress is working on legislation that would codify open Internet rules once and for all. It is counterproductive because heavy regulation of the Internet will create uncertainty and chill investment among the many players–not just Internet service providers–that now will need to consider FCC rules before launching new services," said Michael E. Glover, Verizon senior vice president in a prepared statement after the ruling.

While proponents of Net Neutrality are celebrating the FCC's decision, it remains to be seen if it will stand the test of time. A Republican victory in 2016 would likely see the exit of FCC chairman Tom Wheeler and the telecom industry are already preparing lawsuits to challenge the ruling. – Staff Writers