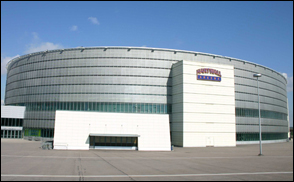 HELSINKI, Finland (VIP-NEWS) — Finnish music fans may find they miss out on planned concerts by a host of stars, including Miley Cyrus and Justin Timberlake, this summer.

Both stars may be forced to cancel their sell-out shows as a result of US sanctions against Russia.

All three appear on the US sanctions list as part of Russian President Vladimir Putin`s "inner circle".

The venue is due to host Timberlake in May and Cyrus in June.

Other acts due to appear this summer include Robbie Williams, Peter Gabriel, Aerosmith and Elton John.

Mr Timchenko is a co-founder of Russian oil trader Gunvor and was estimated by Forbes to be worth $15.3bn before the sanctions came into force last month.

Arkady and Boris Rotenberg are the billionaire co-owners of SMP Bank and childhood friends of President Putin.

The three men are among a list of 27 individuals named by the US as being closely tied to President Putin personally or politically.

Together, the three own events management company Arena Events Oy, which bought the Helsinki Hartwall Arena last year, as well as taking a minority stake in the local hockey club, Jokerit.

Under the US sanctions no American citizen or business can provide Mr Timchenko or the Rotenberg brothers with "economic resources", effectively preventing business from being conducted with them.

But the concerts` US ticket promoter, Live Nation, could apply to the US Office of Foreign Assets Control (Ofac), part of the Treasury Department, for a licence to authorise the transaction.

Live Nation said it was currently reviewing its portfolio and would work to ensure the US sanctions were upheld.

Tom Stocker, partner at law firm Pinsent Mason, said much depended on whether any money was still to be paid to the venue.

"Ofac will need to provide a licence to authorise the transaction and will have to take into account that the show forms part of a pre-existing agreement," he said.

"But it has quite a wide discretion to grant licences. If this was Europe then a licence would most likely not be granted.
Gennady Timchenko (18 February 2014) Gennady Timchenko appears on the current US sanctions list

"It is a real area of ambiguity. The company that owns the venue is not on the sanctions list, but Timchenko is.

"The question is whether you are giving Timchenko economic resources by allowing the concerts to go ahead."

He added there was potential for the concerts not to go ahead, as US companies would be likely to take a "cautious approach" for fear of falling foul of the current sanctions.

Mr Stocker said UK artists like Robbie Williams, Elton John and Peter Gabriel, who were all likely to have US management, might find they were unable to discuss details of their forthcoming concerts at the Finnish venue while they were on US soil.

"The individuals themselves can`t do anything in furtherance of the concerts while on US soil," he said. "They can`t send emails to their US management while on American soil, they can`t discuss arrangements for the concert."

As yet there is no evidence that any concerts at the venue have been cancelled. The Hartwall venue`s website shows all the concerts going ahead as planned.