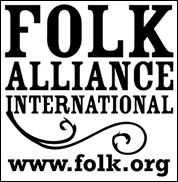 This year, the organization has named composer, conductor, and author David Amram as the living recipient of their lifetime achievement award for a living contributor to music. A multi-instrumentalist, Amramh as composed more than 100 orchestral and chamber music works, written many scores for Broadway theater and film, two operas, and the score for the 1959 film Pull My Daisy, narrated by novelist Jack Kerouac with whom he hosted the first-ever Jazz Poetry night in New York City. He was named by BMI as one of twenty most performed composers of concert music of the last thirty years.

The recipient of this year's legacy award is American folk/blues singer-songwriter and political activist Malvina Reynolds. Reynolds, who passed away in 1978, penned several hit songs, including "Little Boxes", "Magic Penny", and "Morningtown Ride", and contributed music to the popular children's television show PBS

Folklorist Helen Creighton was named as the business recipient of the lifetime achievement award. Creighton collaborated with the Canadian Broadcasting Corporation, the National Museum of Canada, and the US Library of Congress, traveling widely to collect songs, tales, and customs of Gaelic, English, German, Mi'kmaq, African, and Acadian origin. Among her many notable achievements was the discovery of the traditional "Nova Scotia Song," (widely called "Farewell to Nova Scotia") which has become a provincial anthem.